Despite always being at concerts and shows, Davido is adding weight, as the singer seems to hardly exercise.

A recent picture which was shared online showed the artiste had added a lot of weight, and is devoid of six packs, an attribute a lot of ladies love their men to have.

Interestingly, some of his fans have attributed his weight to food being served him by his new girlfriend, Chioma.

Chioma, a chef has been making waves, as the latest Nigerian chef with video of the lady making dishes for the singer surfacing recently.

Regular consumption of Chioma’s food has now been attributed to be the cause of Davido’s new found weight. 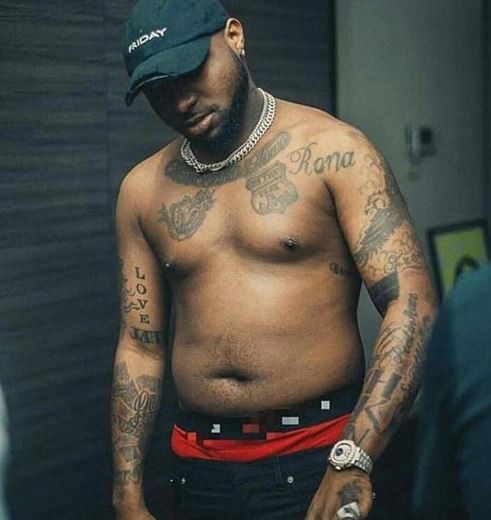 Related Topics:Chioma is feeding Davido welldavidoslideshowWhy I Am Adding Weight; Davido Explains
Up Next

Why I Prostrated For Davido, MC Galaxy

Aramide, Timaya Collaborate In New Song “Fall On Them”