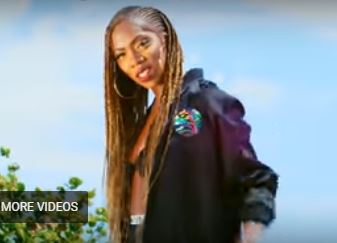 In 2010 when Tiwa Savage dropped the song ‘Kelekele Love’, a lot of people appreciated her sensual voice and the curves of her body. A lot more enjoyed the cleavage which she exposed. They were full, sensual and imaginative.

However, those years have long passed and Tiwa Savage has been delivered of a baby named Jamal.

The effect of delivering a baby has definitely had its toll on Tiwa Savage, but the songstress seems oblivious of this, as she still tries to sell the image of several years back when she sang Kelekele Love.

In a new video released by the singer and titled ‘All Over’ Tiwa Savage tries to sell to her fan cleavage from a fallen breast, a far cry from what it used to be several years back.

However, this time, the singer doesn’t get as much appreciation from her fans who have asked what she was up to in the video.

Back On Track: Harrysong Returns With Alterplate