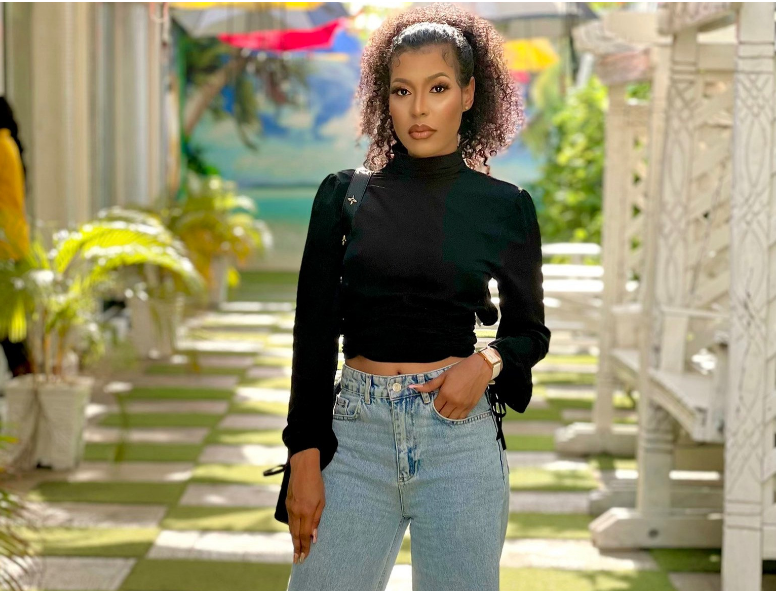 A Twitter user who asked about the whereabouts of Nini’s boyfriend who she severally refferenced while in the Big Brother Naija house has gotten a reply.

Edofloki had taken to Twitter to tweet: Nini where is your boyfriend. Show us now because when you were in Biggie’s house, you did not allow us to hear any other thing. All you said was miss my boyfriend.”

Giving Edofloki a sarcastic response, Nini who wondered why the Twitter user prying into her private life replied that she will bring the boyfriend to the Twitter user’s house since he is now her father who would collect her bride price. 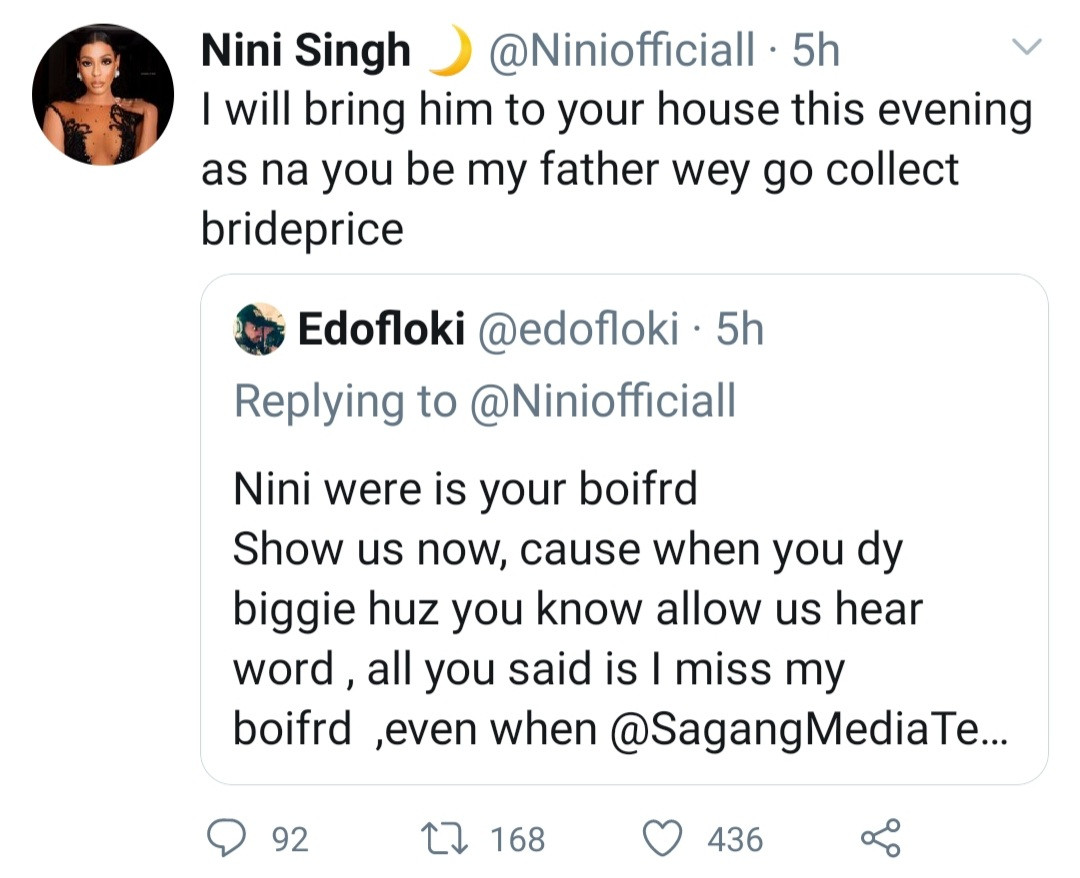