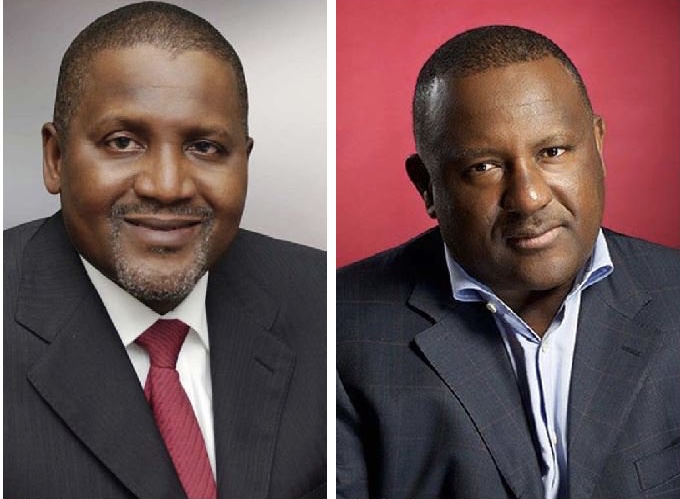 The ember of Aliko Dangote and Abdulsamad Rabiu’s faceoff ebbed for a while before it was reignited.

Business interests have continued to see the duo at loggerheads with both owning interests in the cement industry. While Dangote owns Dangote Cement, Rabiu owns Bua Cement.

Since the resurgence of seeming hostilities over business interests, both men have stayed away from each other’s path with Rabiu allegedly shunning the classy wedding Dangote recently threw for his daughter, Fatima.

To say that the two have avoided each other like a plague is an understatement.

However, they recently came face to face in Calabar during the traditional wedding of Xerona Duke, daughter of the erstwhile Governor of Cross Rivers state, Donald Duke.

While both men were sociable, they hardly had time for a chit-chat.