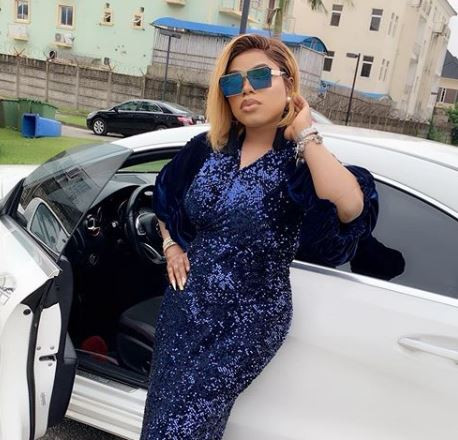 Have you ever asked yourself, if eventually on the day of judgment and the notable crossdresser and social media influential, Bobrisky makes his way into paradise?
What will you do, if after our sojourn on earth and the brand ambassador was found at the right side of our lord?
I know many of you would say that is impossible. Bobrisk in paradise, no way!
I’m sure you would have concluded that the Ikorodu born crossdresser is a bonafide member of hellfire and his attitude would make him very far from paradise. I know that you will ask that how can God allow a man who turned himself into a woman to be in his paradise, Bob in paradise, ko jo o jare’!
That is your thinking, but not that of God, Yes, Bobrisky’s way of life might be very controversial, the way he lives his life might go against the injunction of both holy books, but God is not a man and I ask you again, what if Bobrisky makes heaven?
You may argue that it was stated in the holy books that no man shall dress like a woman and no woman shall dress like a man, the question I’m asking is that, are you God?
What if tomorrow comes and Bobrisky turns to Evangelist, Pastor, or a Great Sheik? I know many of you have read the story of King Solomon despite his big desire for women, yet, he was described as one of the Prophets that has a special place in God’s heart.
What about Saul in the Bible, he was a notorious killer before God appeared to him on his way to Damascus. He was forgiven and turned to great Apostle Paul
I was fortunate to read one of Bobrisky’s write-ups on his page, he narrated how he became a crossdresser after many attempts to make it like a man, even as a graduate, he could not boast of good things of life, so don’t blame Bob, our government failed him.
In that his narration, he said many things that came to his mind when he was looking for a way to make ends meet.
He said, if he ventured into robbery, he would be caught and either killed or jailed.
If he turned into a fraudster, he would definitely be caught one day, he said, he did not even have the mind to venture into the above-mentioned crimes.
But as a crossdresser, he has been able to conquer poverty without bringing tears to any one’s life. According to him, he has also become a source of inspiration to many.
Let me quickly remind you of one Uche Hope Uguoga that her husband abandoned when she was terribly sick.
Bobrisky gave her a whooping five hundred thousand Naira to upset the hospital bill, the lady in question now on her feet, bobbling with life.
Another beneficiary of Bobrisky’s kind heart was a man suffering from leukemia, known as cancer of the blood, Kolawole Solomon Eguntola, he was at a point of death before Bobrisky came to his aid.
The guy got one million Naira from Bobrisky to pay his hospital bill, the young man is alive today.
I’m not saying Bobrisky is absolutely right for doing what brings him money, but he should not be totally crucified for doing what gives him joy, tell me who is righteous before God?
Ironically, most of the people who are crucifying her today are his followers on Instagram, some of them even begged him for money.
I think what is pertinent for us all is to continue to remember him in our prayers, instead of condemning him, even some of us hiding under religion are not better than Bobrisky.
So, What if Bobrisky makes heaven?
By Taofik Afolabi, Lagos based Journalist and Blogger
Post Views: 94