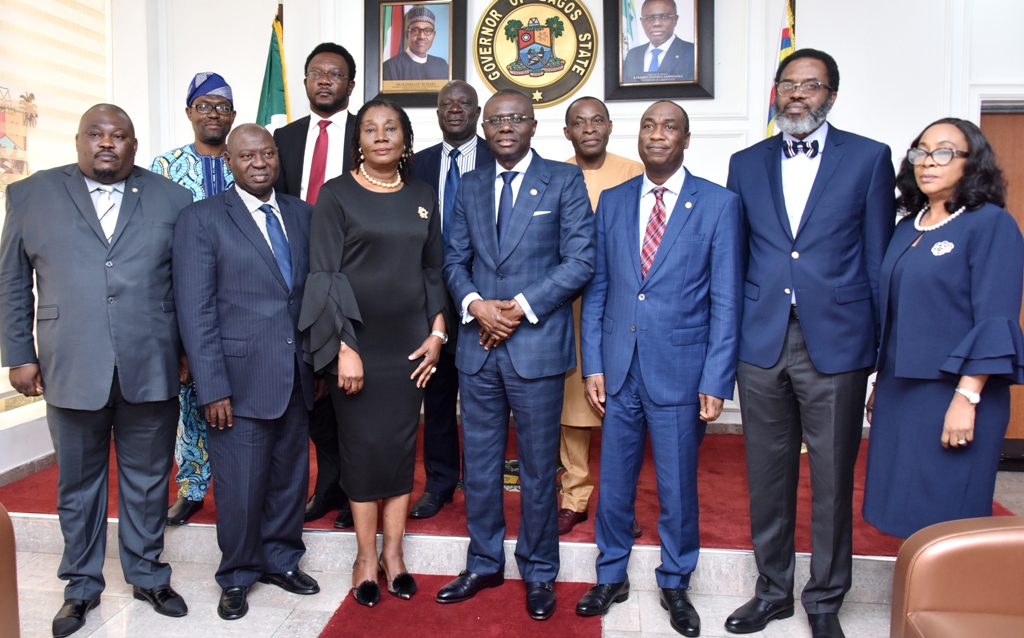 Lagos State Governor, Mr. Babajide Sanwo-Olu, on Wednesday promised that his administration will uphold the principle of separation of powers and support the judiciary in the State.

The Governor spoke while meeting with members of Community Court of Justice (CCJ) of the Economic Community of West African States (ECOWAS) led by the President, Justice Edward Asante.

Asante was, however, represented at the meeting by the Nigerian representative at CCJ, Justice Modupe Atoki.

Sanwo-Olu reiterated that his government would continue to assist the judiciary in the administration of justice in the State, noting that administration would remain law-abiding and avoid actions that may set the executive against the judicial arm.

He said: “As a government, we will continue to understand and appreciate the principle of separation of powers enshrined in our Constitution. We understand that an independent judiciary is critical to maintaining peace and harmony. We will do all we can to support administration of justice and ensure that the executive respects the spirit of the law that brought us to power.”

The Governor charged judicial officers to discharge their duty without bias or favour to any class of people, stressing that courts must restore people’s confidence in judicial process to promote peace in the society.

“The court must be the last hope of the common man. We want our citizens to take the full advantage of the court services and desist from taking laws into their hands. Through the office of the Attorney-General, we will be informing our citizens of the services of the court and continue to preach to them to be law-abiding. In the event of human rights abuses, we should be able to show them that the court is always available for redress,” Sanwo-Olu said.

Justice Atoki said the visit was to promote improved access to the court by person or group of persons whose rights are being violated. She noted that the court was established in 1991 by 15-member state of ECOWAS and commenced full deliberations in 2001.

Atoki said Nigeria had a good compliance level with the ECOWAS court, pointing out that about 11 of the 25 unfavourable decisions pronounced by the court had been obeyed by the Federal Government.

She said: “The court since 2001 has been impactful on the member states and the essence of the visit is to inform the Lagos State’s leadership and Nigeria on the need to access the ECOWAS court on issues that affects human rights. Individual or governments can seek a redress when rights are violated. We are here to say the ECOWAS court still exists and has been impactful through judgments that had been rendered across West Africa.”

Atoki, who described Sanwo-Olu as “a lucky choice” for Lagos, said there would be further interactions with the leadership of the State’s judiciary for partnership in administration of justice.

Related Topics:SANWO-OLUWE WILL RESPECT SEPARATION OF POWERS’ - SANWO-OLU
Up Next

SANWO-OLU: HOW WE ARE ADDRESSING LAGOS TRAFFIC CONGESTION

INDEPENDENCE: THERE IS HOPE FOR NIGERIA TO EMERGE AMONG GREATEST NATIONS – SANWO-OLU