Nollywood fans are asking Uti Nwachukwu if he called Ifu Ennada a witch this morning.

Trouble started when Nwachukwu described Cee-C as the most successful BBNaija2018 housemate.

Offended by the fact that he was comparing the successes of housemates, Princess, another housemate in the same season of the show revealed her dislike of the idea.

Realizing his error, Nwachukwu rephrased his statement describing Cee-C as one of the most successful housemates from the year’s show.

Not satisfied with the rephrased statement, controversial actress Ifu Ennada, who was also a housemate in the same year came for the Jara presenter telling he wouldn’t consider her successful even if she gives him N5m and signs him as her first brand ambassador.

Not taking the criticism anymore, the tall and lanky actor reacted to Ennada’s statement writing on Instagram: “Witchcraft is being uncomfortable and pained by another person’s growth.”

For a lot of people, Ennada was called a witch by Nwachukwu. 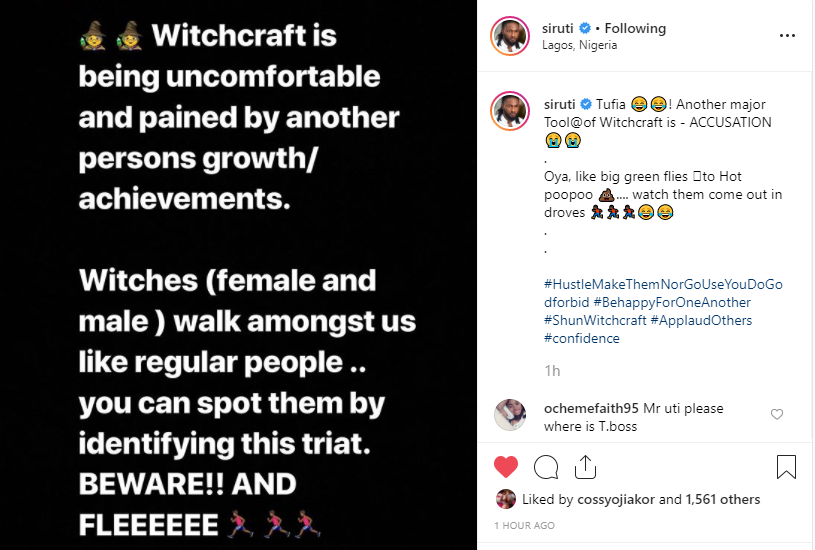 Why I Stopped Smoking-Yvonne Nwosu