Sylvia Ataga, the mother of late Super TV boss, Usifo Ataga has described him as being generous to a fault.

Speaking at the service of songs for her late son, she said he died an undeserved death. 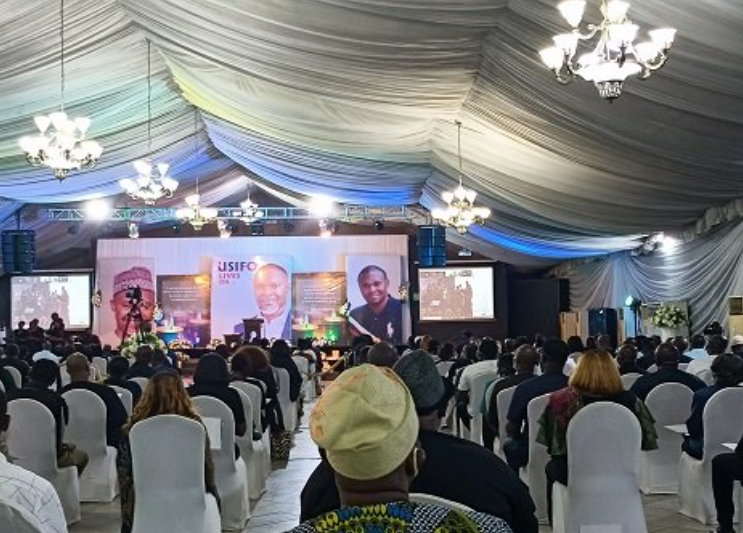 According to her, Usifo was denied the joy of seeing a project he had spent over seven years working on.

“God knows he did not deserve what those people did to him. My heart bleeds to him anytime I remember. He was generous to a fault.

“It took death for me to know how loved he was. He has been robbed of the joy of seeing a project he spent seven years working on.

“He has been denied the joy of seeing his children grow up, go to the university, get married and make him a grandfather.

“These are wishes of every parent. His love for his children cannot be quantified. No way,” the distraught mum said.

Fashola Slams Obasanjo For Servicing Foreign Debt With $12bn In 2005