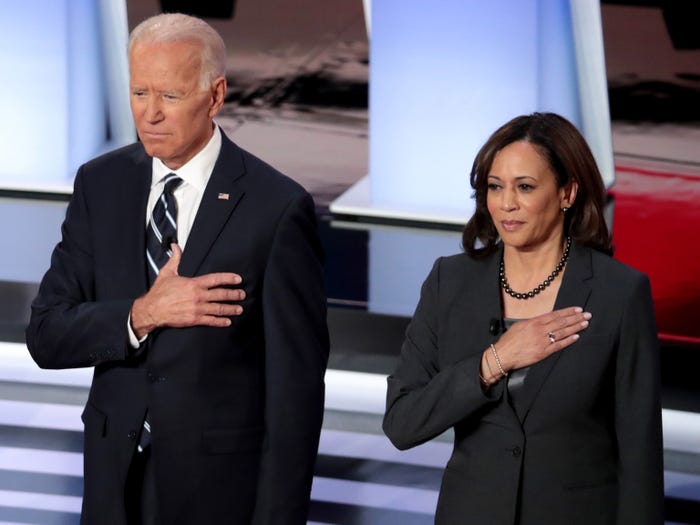 Kamala Harris, the US vice president will serve as acting president while President Joe Biden undergoes a medical procedure.

According to the White House, President Biden is expected to be under anaesthesia for a procedure that would see doctors treating him for a routine colonoscopy.

“As was the case when President George W Bush had the same procedure in 2002 and 2007, and following the process set out in the Constitution, President Biden will transfer power to the Vice President for the brief period of time when he is under anaesthesia,” White House Press Secretary Jen Psaki said in a statement.

“The Vice President will work from her office in the West Wing during this time.”

Biden arrived at the Walter Reed Medical Centre on Friday for his annual physical, his first while serving as president.

Psaki added that the White House will release a report on Mr. Biden’s health later on Friday. The physical was not initially on the public presidential schedule but was announced hours before Biden left the White House at around 8.30am. He arrived at the hospital in Maryland at 8.51am.

Biden, who turns 79 on Saturday, is the oldest person in US history to hold the office of president.

Following concerns about Biden’s age, the administration has said on numerous occasions that he would undergo a physical this year and that the results would be public.