American President, Donald Trump, has reacted to Twitter tagging his tweets as misleading.

Recall that the social media had added a label to Trump’s tweets, warning that they “might be misleading”.

Since voting counting in the Presidential election started, Trump has been tweeting a lot to suggest that he’s being cheated out of his votes.

To control the misleading impression, Twitter has been restricting most of Trump’s tweets with the label, “Some or all of the content shared in this Tweet is disputed and might be misleading about how to participate in an election or another civic process.” 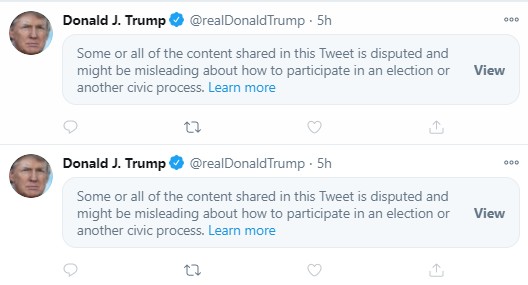 Angered about this, President Trump called out Twitter, writing: “Twitter is out of control, made possible through the government gift of Section 230!”

He has also said, “I easily WIN the Presidency of the United States with LEGAL VOTES CAST. The OBSERVERS were not allowed, in any way, shape, or form, to do their job and therefore, votes accepted during this period must be determined to be ILLEGAL VOTES. U.S. Supreme Court should decide!” 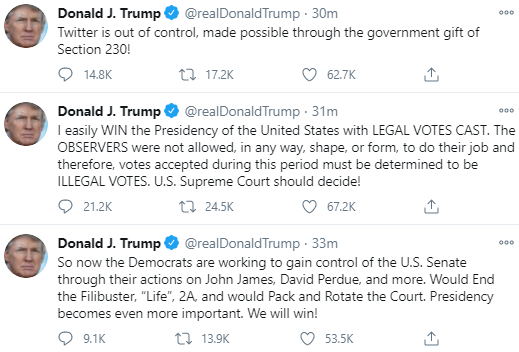 Related Topics:Donald TrumpUS 2020US 2020: Twitter Labels President Trump's Tweets As Misleading
Up Next