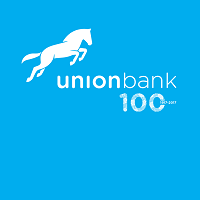 Union Bank, one of Nigeria’s most respected financial institutions has reported a profit after tax (PAT) of N15.4billion on gross earnings of ₦126.6 billion for the financial year ended December 31, 2016.

The Chairman of the bank, Cyril Odu presented the report to shareholders at the 48th Annual General Meeting in Lagos on May 10th, 2017. Compared with a PAT of ₦14.3 billion on gross earnings of ₦117.2 billion in the corresponding period of 2015, this represents a growth of eight percent in net profit and in earnings respectively.

Other highlights of the bank’s financial performance in 2016 show that interest income grew by eight percent to ₦98 billion from ₦90.9 billion in 2015, as a result of growth in the loan book and improved asset yields while non-interest revenue also moved up by nine percent to ₦28.6 billon from ₦26.2 billion in 2015 owing to income from e-business channels.

Operating expenses (OPEX) increased by seven percent to ₦62 billion from ₦57.9 billion in 2015 due to inflationary and devaluation pressures and ongoing investments in the bank’s technology and network infrastructure while gross loans grew by 38 percent to ₦535.8 billion compared to ₦388.8 billion in 2015.

Customer deposits rose by 15 percent to ₦658.4 billion (from ₦570.6 billion in 2015). The growth was led by new product offerings, increased market penetration and improved customer off take.

“In 2016, we focused on executing our priorities across all our business segments, especially in the retail space, with an aggressive strategy to increase adoption of our alternate channels. Our success in this area, along with improved core interest earnings, contributed to pre-tax profit growth of 6% compared to 2015.

Our research-led, customer-centred product development strategy, coupled with an upskilled sales force and targeted marketing campaigns boosted our customer deposit base by 15% compared to 2015, and led to a 73% increase in new-to-bank customers.

While the operating environment remains a challenge, we are focused on our 2017 priorities which include raising Tier 1 capital to execute our growth agenda across our retail, commercial and corporate businesses, particularly transaction banking and value chain.

Following approvals from shareholders, Union Bank will launch a rights issue in the second quarter of 2017 to raise up to Fifty Billion Naira (N50 billion) in Tier 1 capital as it looks to accelerate business growth and position as a leading commercial bank in Nigeria. The additional funding will also allow the bank to maintain compliance with regulatory capital requirements.