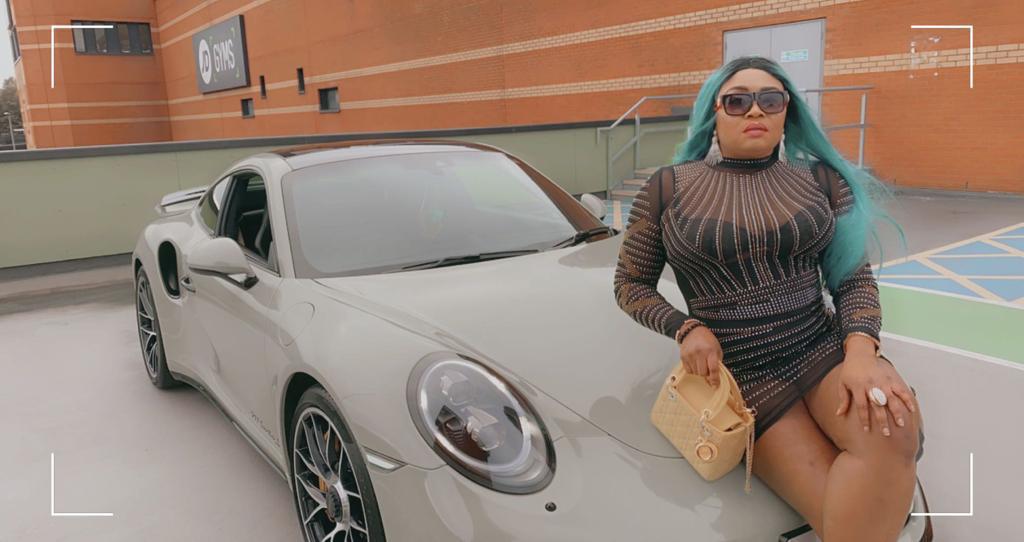 UK-Based Nollywood actress, Princess Elizabeth Onanuga has showered herself with the gift of a Porsche car worth over N10 Million naira.

The Nollywood actress shared this exclusive gist on her Facebook page, and it was followed by congratulatory messages by her fans and lovers across the world.

Princess Elizabeth Onanuga has paid her dues in the Nigerian movie industry with the frequent releases of quality movies that turned to block-buster, raising lots of talented actors and actresses who have made the movie industry a better place.

Among her movies include Omo London, Hadiza, Boss Lady, Susan, Morenikeji, Irin Ajo Ayemi, among others.

According to information, Princess Elizabeth Onanuga is also a gospel musician, having released two spiritual songs that several people have testified to.

She is also the CEO of Princess Royal Foundation; a foundation that caters to the motherless, orphans, widows and autism patients.

Post BBN: Nengi Speaks On State Of Relationship With Ozo