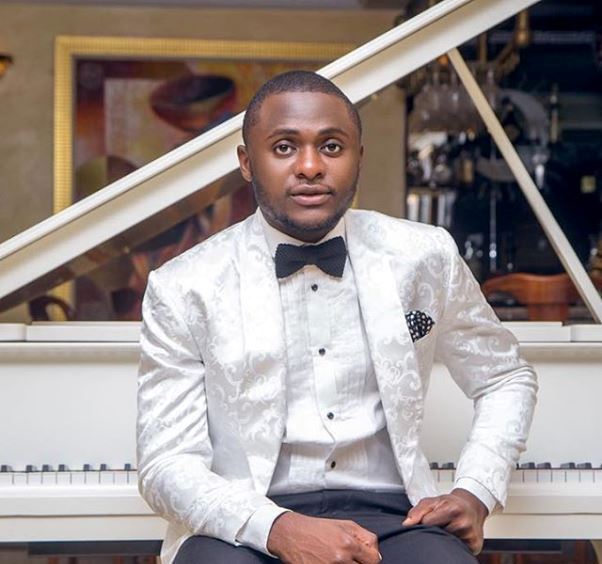 The crisis between Ubi Franklin and Iyanya has seen secrets being unveiled.

With Iyanya accusing Ubi Franklin of physically abusing Emma Nyra, his former label mate, the boss of Made Men Music Group (MMMG), has threatened to release pictures of the married women the Project Fame winner slept with.

Speaking during an interview Iyanya was informed that Iyanya had accussed him of physically abusing Emma Nyra, however Ubi denied the allegation, insinuating Iyanya was in the habit of abusing Yvonne Nelson, hence they parted ways.

Asked to expantiate on his insinuations, Ubi Franklin said ” It’s not my mouth you’d hear that thing from. I promised not to say anything or put Iyanya out.”

Except of the interview below: That You Had Problems In Your Relationship And You Physically Assaulted Her Repeatedly..

Have you asked Iyanya what happened between him and Yvonne Nelson?

(Laughs) It’s, not my mouth you’d hear that thing from. I promised not to say anything or put Iyanya out.

He Said He Saw You Beating Emma Nyra?

Did He Advise Her To Leave You?

Bro see, Iyanya is a big liar. He has been saying it for many years that he is going to use Emma Nyra against me. You understand? I did every work for Emma to make sure. I’m not going to speak about Emma Nyra unless she talks. We have a contract binding us not to say anything. Why didn’t he say on his interview that I beat up Emma Nyra?

He Did Say That…

Bro, I’d advise you not to. Because I would put out all the married women he slept with. Their pictures side by side for me. Bro I don’t want to talk. Because if you allow me to do that to him, I’d drag him through the whole of this country. I’m not scared of shit. What I want about this matter is for people to see clarity.  If Emma Nyra has issues she would come and say it herself. Emma Nyra is a mother now. I think her focus is different. And she even wouldn’t want to be involved in all this. I wish Iyanya was a father. If he was a father, most of these things he is saying he would not do it. When I kept watching his interviews I kept laughing. Bro, don’t let me do this to this to this guy. If you’re writing your story, take out the Emma Nyra situation because if you’re writing about something like that, Emma Nyra needs to speak for herself and with the way I and Emma Nyra are tight, we cannot speak about each other. We had our whole issues and the issues were settled and I have a legal document to back it. So for me, leave her out of this and focus on something else. Write your post. See, I never really wanted to get to this point bro. For everything that happens, there are two sides to the story.

I Am Ready To Release Pictures Of Married Women Iyanya Slept With, Ubi Franklin Says