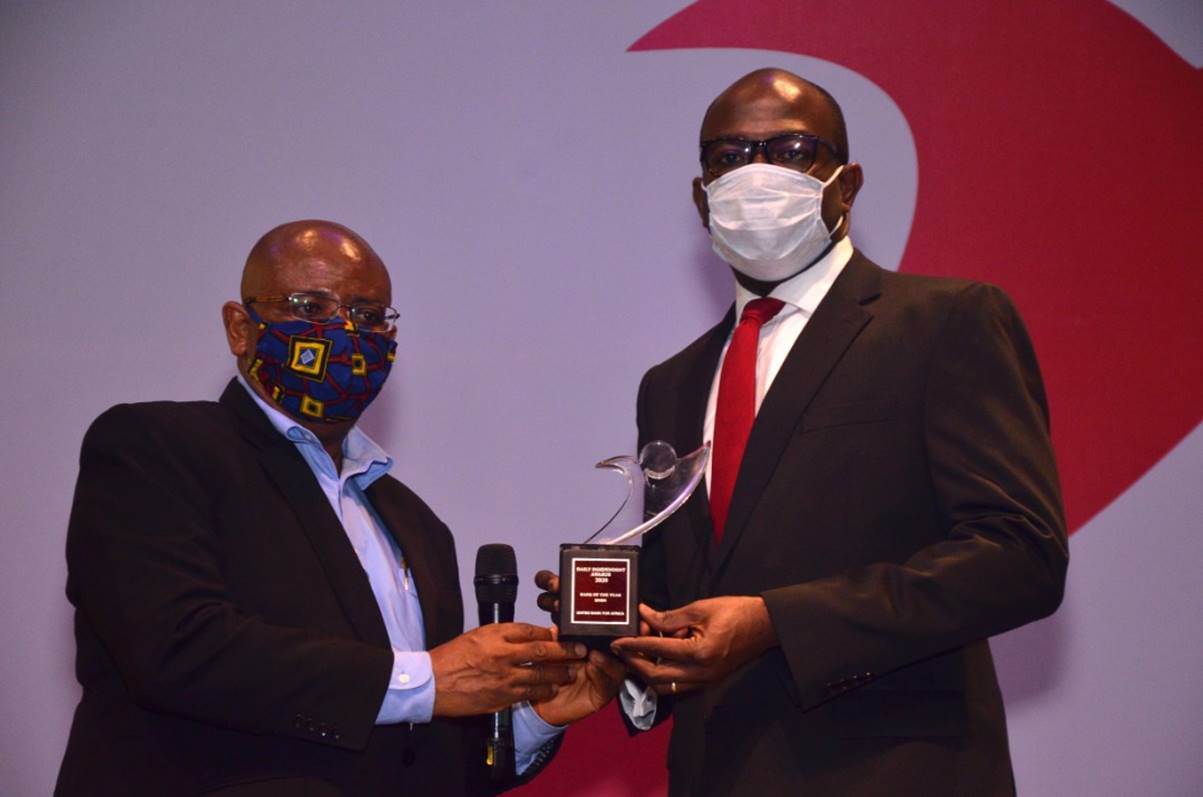 Pan-African financial institution, United Bank for Africa (UBA) Plc added to its growing list of laurels at the Independent Newspaper Awards, winning the Bank of the Year.

The bank was announced winner of the coveted awards at a glamorous event which was well-attended by the top echelon of the financial sector including Bank CEOs, Captains of Industries and Senior financial executives.

The event was held at the prestigious Eko Hotel and Suites on Saturday, May 1, 2021.

Commenting on the award, UBA’s Deputy Managing Director, Mr. Liadi Ayoku who expressed his delight on the recognition stated: ‘These awards mark another milestone for the UBA Group and is a testament of the diligent execution of the bank’s strategic initiatives on customer service. For us, being recognised as Bank of the Year complements positive feedback from customers and is a recognition of our improving efficiencies, service quality and innovation.

Continuing, he said, “I therefore dedicate this award to our growing loyal corporate and retail customers, who are our essence. Given our heritage and commitment to Africa’s development, we continue to impact lives through our services as well as our financial support to individuals, businesses and government.”

Ayoku pointed out that the pan-African bank remains focused on its goal of democratising game banking in Africa, leveraging on new technologies and emphasised its determination to change the narrative of financial services on the continent. While presenting the awards to the bank, the Editor, Independent Newspapers, Don Okere, noted that UBA has excelled in the key areas of prioritising customers, which, according to him, has earned the bank the highly coveted laurel.

He explained that the bank stood out in prioritising customers and improving its technological offerings to accommodate the growing needs of its customers. He said that even though Africa’s economic landscape has been unpredictable in recent times, a factor that has resulted in business challenges in Nigeria and some of Africa’s best performing economies, UBA was still able to find its rhythm and excelled as is evident from its recently released first quarter results. United Bank for Africa Plc is a leading Pan-African financial institution, offering banking services to more than twenty million customers, across 1,000 business offices and customer touch points, in 20 African countries.

With presence in New York, London and Paris, UBA is connecting people and businesses across Africa through retail, commercial and corporate banking, innovative cross-border payments and remittances, trade finance and ancillary banking services.