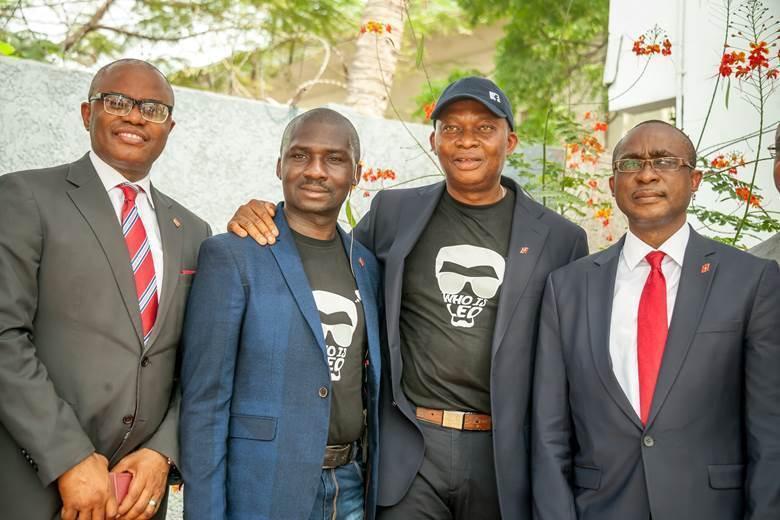 Pan-African financial institution, United Bank for Africa (UBA), has today, changed the face of e-banking with the introduction of Leo, the UBA Chat Banker who enables customers make use of their social media accounts to carry out key banking transactions.

At the official launch of Leo, UBA’s Chat Banker, which took place in Lagos on Thursday, customers of the bank were given a step by step demonstration on the novel way of delivering lifestyle and quality  banking through the Facebook Messenger chat platform.

This is the first time that a financial institution in Africa has come up with this manner of solution to simplify the way customers transact. Something that has become necessary in today’s fast-paced world with demands for  quick-time transactions and response.

With the launch of the Chat Banking, customers will be able to open new accounts, receive instant transaction notifications, check their balances on the go, transfer funds and airtime top up. They will also be able to confirm cheques, pay bills apply for loans, freeze accounts, request for mini statements, amongst other things.

At the occasion, the Group Managing Director, UBA, Mr. Kennedy Uzoka, said that the launch of Leo is part of initiatives aimed at putting the bank’s customers first with UBA continuously developing strategies aimed at easing transactions for the bank’s numerous users, while ensuring utmost safety of their transactions.

Caption: GMD/CEO, United Bank for Africa( UBA )Plc, Mr. Kennedy Uzoka addressing customers and staff during the launch and introduction of Leo, a Chat Banking Personality on  Social Media Platforms by UBA in Lagos on Thursday

Mr. Uzoka said, “The formulation of this product, is consistent with the bank’s customer 1st philosophy, where we are doing things not the way we like, but focusing on what the customers want, where they want it, and in the exact platform they want it.’

“At UBA, we have been working with technology giants that have the global capacity to ensure not only seamless but also effortless banking for millions of our customers across Africa. We at UBA, have collaborated with Facebook to come up with this innovation that is capable of revolutionising the way banking is done in Africa,” he said. Uzoka noted that Leo will  in the nearest future, show up on other social platforms and added that all it takes to enjoy the services is simply to have a Facebook account.

As he unveiled the character of Leo, Uzoka stated:  “Leo being an intelligent personality will give you feedback instantaneously as you transact your business on the platform. A solution that is from the customer’s standpoint and is easy to use by anyone’

Also speaking at the launch of Leo, the Group Head of Online Banking at UBA, Mr. Austine Abolusoro, who conducted a step by step demonstration on the working of  Leo, reitirated that Leo  is  not just a chat machine, but an artificial intelligence personality meant to address any type of banking concerns raised by customers.

“Leo is ready and waiting to help with most transactions and to deliver any form of banking services. Leo is operating a lifestyle banking platform on facebook messenger to assist with your transactions while chatting with your friends and business partners. The security with this platform is that for every transaction, an OTP (One Time Password) is generated to the phone number that is registered on your account.”

He explained that with Leo your banking needs become easy and simple.  As simple as chatting.

UBA was incorporated in Nigeria as a limited liability company after taking over the assets of the British and French Bank Limited who had been operating in Nigeria since 1949. The United Bank for Africa (UBA) Plc merged with Standard Trust Bank in 2005 and from a single country operation founded in 1949 in Nigeria – Africa’s largest economy – UBA has become one of the leading providers of banking and other financial services on the African continent. The Bank provides services to over 14 million customers globally, through one of the most diverse service channels in sub-Saharan Africa, with over 1,000 branches and customer touch points and robust online and mobile banking platforms.

Why we shut down – swipha