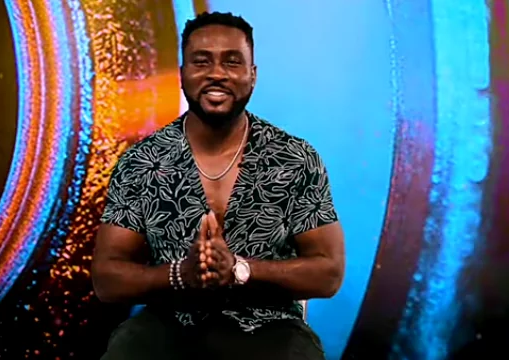 BBNaija star, Pere, has criticised Nigerians who are in the habit of not listening when the flight crew tells them to turn off all mobile devices.

The reality star who tweeted his thoughts stated that the habit is more pronounced with Nigerians who fly commercial planes.

Addressing those who are in the habit of leaving their phones on even when they have been instructed to turn it off, he wrote;

”Dear Nigerians, when the flight crew says turn off all mobile devices especially during the critical phases of taking off and landing, TURN IT OFF! Those texts and calls can wait! Safety first! Happy Friday!” 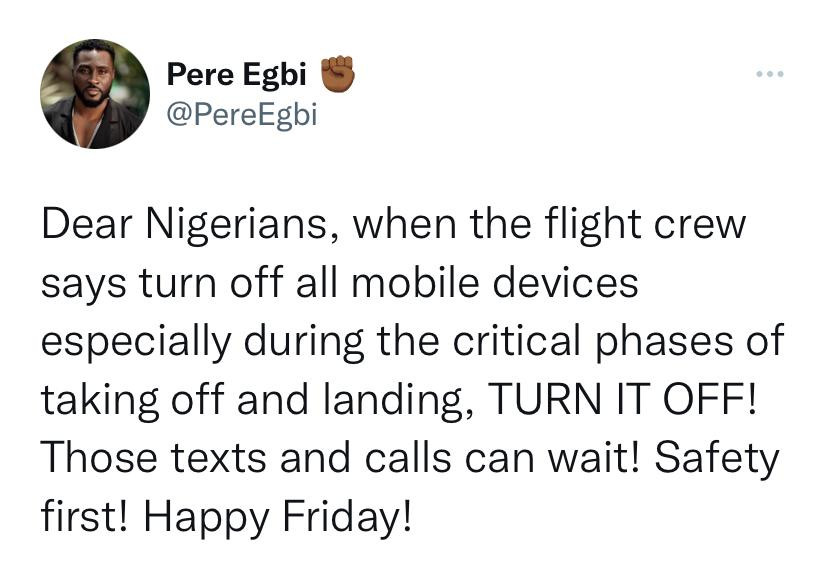 Related Topics:BBNaijaPereTurn Off Your Mobile Device When You Are Told By Flight Crew; BBN's Pere Tells Nigerians
Up Next