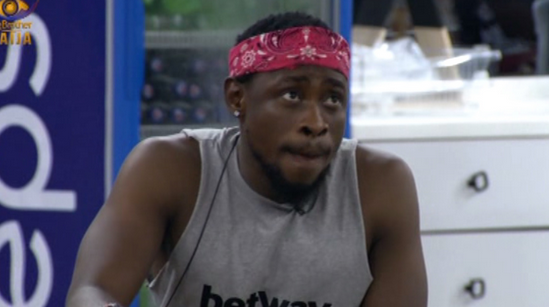 He was evicted from the lockdown house during the eviction show of Sunday, September 20.

‘Tricky’ as he is fondly called was nominated for possible eviction alongside Lekan, Dorathy, and Ozo.

Following his eviction, a bubbly Tricky Tee revealed he would be facing life headlong without regrets.

The dark-complexioned housemate was not associated to any of the female housemates while in the house, as he had earlier revealed that he had a relationship outside the show.

While acknowledging that the female housemates on the show were all beautiful, he stated that he intends to remain loyal to his relationship outside of the show.

Tricky Tee was one of the bubbliest housemates till his eviction. In the house, he was known for speaking his mind and enjoying himself to the fullest.

The last nomination for possible eviction was done in a group format with one group nominating from the opposing group.