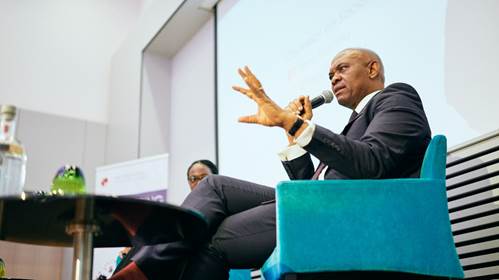 The Chairman of Heirs Holdings Limited, Tony Elumelu, has described the theft of oil amounting to over $4billion as a national disgrace.

Further, he described the activities of oil thieves as a national disgrace which requires national seminar and dialogue to address.

Elumelu, who doubles as the Chairman of the United Bank for Africa Plc (UBA), said that between January and September last year, Nigeria lost over $4 billion to oil thieves who don’t pay tax but use their illicit proceeds to acquire more lethal ammunition and continued to pose threats to the country’s corporate existence.

He expressed worry that the development had put so much money in the hands of those who don’t pay tax and who are not regulated, making the country unsafe.

He said addressing the sordid situation required strategic as well as the resilience of leadership adding that, “things can’t continue that way. The country should wake up.”

“We look forward to men and women of this country to help remove this national disgrace,” Elumelu added.

He said, “The theft in the Niger Delta is a national challenge. To me, it requires national seminars and dialogue. It is in my viewpoint, one of the lethal threats to our country, because it is so much money in the hands of people who don’t pay tax, people we don’t regulate and the country is not safe.

“Nigeria in the last three quarters of last year from January to September lost over $4 billion to thieves who don’t pay tax; and they use it to pile more lethal ammunition and pose threats to our corporate existence.”

He also attributed the growing youth restiveness in Nigeria and Africa to the absence of strategic leadership principles; which he said among others required setting priorities; execution of goals; setting of timelines; and milestones as well as clarity of purpose.

He said these leadership principles had helped shape his focus and eventual successes in the private sector; stressing that they are as well applicable to the public sector if results must be achieved.

Elumelu in the course of his lecture also touched on the need for leaders to match words with actions; so people don’t lose interest in their leadership.

He emphasised the need to pay attention to merit; and ensure that the most qualified persons are appointed to positions of authority.