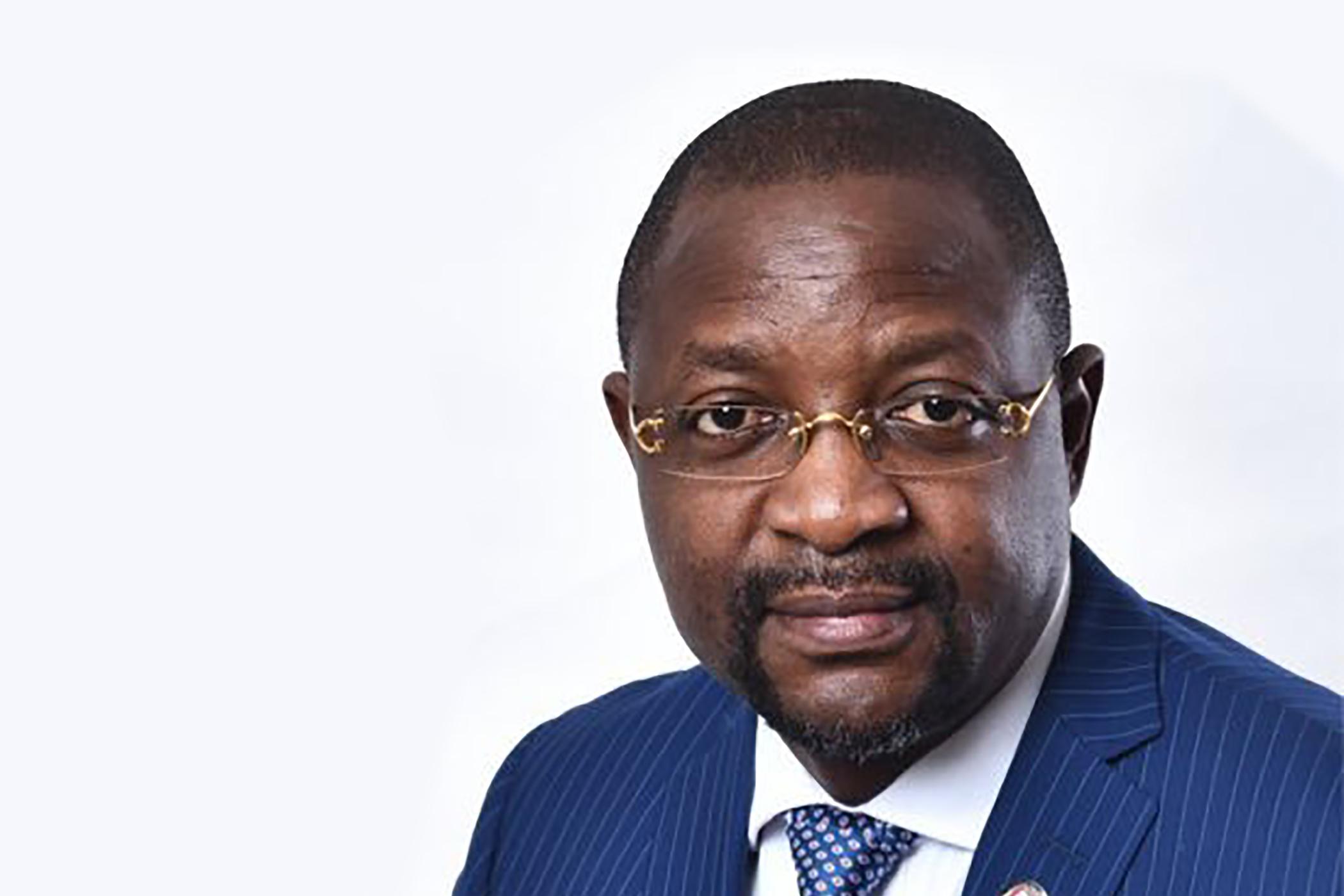 Nigeria’s Minister of Youth and Sports, Sunday Dare, might have just reacted to criticisms from Solomon Dalong.

Dalong, a former Minister of Sport who held the office before Dare took over had been quoted saying that Team Nigeria brought shame to the country at the just concluded Tokyo 2020 Olympic Games.

However, evaluating the team’s performance at the Olympics, Dare declared that Team Nigeria’s performance was the best in the last 13 years.

Recall Team Nigeria won one silver and one bronze medals through Blessing Oborodudu and Ese Brume in wrestling and long events respectively with the country ranked 74th in the medals table at the games.

In a statement released on Monday, August 9, the minister accepted responsibility for the lapses recorded at the games as he spoke about the importance of the two medals won.

“Not wanting to add to the public distraction, I have deliberately waited until the end of the Tokyo 2020 Olympic Games before making any observations regarding the various reports on Nigeria’s participation in the quadrennial games.

“This was out of respect for our athletes who had committed so much effort and made such considerable personal sacrifice in order to represent our nation as best as they could. Overall, we should be proud of Team Nigeria and the effort they made. The bottom line is that these games should always be about the athletes and the spirit of friendly competition and excellence the Olympics are meant to engender.
“Sadly, some people seem not to have embraced either the good cause of our national athletic pursuits or the collegial and noble spirit that the Olympics promote.

“The rancour and confusion some people seem intent on sowing are terribly out of place given the impressive performance of our team and good spirit with which they performed. The Tokyo 2020 Olympics are now over, which means we can begin to honestly and objectively assess what was accomplished as well as what we must do to improve performance for future contests.

“Nigeria succeeded with two (2) medals – a silver in wrestling won by Blessing Oborodudu and a bronze in long jump won by Ese Brume. Their performances were inspiring for they affirmed we can and should compete at the highest levels across the full range of sports events. Yes, we had wished and worked for more medals. But we must also put things in perspective. The medal outcome at the 2020 Tokyo Olympics stands as Nigeria’s best result in the last 13 years.

“Moreover, the athletes of Team Nigeria did their nation proud. Many of them reached the finals of their respective sports and, competing with all they had, were in contention for medals until the final moment. Any one who saw their efforts would have nothing but the utmost respect for them, their coaches and all the technical staff that made Tokyo possible.

“I thank President Muhammadu Buhari for his unrelenting support for Sports and Youth development and indeed for the opportunity to serve and lead our participation at these games. Team Nigeria placed 74th position on the final Olympic medal table among 205 participating countries, despite our small contingent to the games. We were 8th among 52 African countries that participated. Team Nigeria excelled in many areas that engender hope for greater success in the future.

“Nigeria had five Olympic finalists in 100 meters Hurdles Women, Short Put, Long jump, Wrestling and 100 meters men. Team Nigeria broke the 13 year old jinx of no medal in Long jump and 25 years of no finalist in the men’s 100 meters, and secured a medal in wrestling for the very first time. Overall, our performance was good and more importantly it is headed in the right direction.

“While the general trends and overall performance was positive, I must mention two unfortunate incidents that occurred.

“First is the mishap resulting in 10 Team Nigeria athletes being ruled ineligible to compete for missing their mandatory Out of Competition Test, OTC. When notice of this ruling got to me, I immediately mobilized my team and the AFN leadership to see how the situation could be salvaged. We mounted a vigorous appeal process with the Athletics Integrity Unit, AIU, and had the team members complete the tests. However, timing became the critical issue . Despite our energetic appeal, the deciding committee made its announcement which gave no latitude to our team members for what was only an inadvertent lapse.

“The adverse decision was painful to accept. We had prepared carefully and eagerly for the Olympics with the expectation that each person, federation, coach and athlete would also complete the necessary preparations required of them. As Minister, I ensured that all necessary approvals were done so that all requisite tests and exams could be timely completed. For me this unfortunate incident is most painful because these athletes had prepared long and hard and also in view of the challenging circumstances due to COVID-19.

“As the Minister, I must bear some institutional responsibility for this lapse. I also had to depend and expect that each person in the long and often technical chain will perform their role expeditiously and with precision. Unfortunately, somewhere along the line, someone failed in their responsibility and as Minister, I bear the responsibility and brunt of criticism. But that is not enough. I must move to ensure that Nigeria never experiences another such moment. I have ordered a full investigation that will not only uncover what happened, but will also recommend a process where such lapses can never occur in the future and initiate leveraging compliance monitoring technology to guardrail this.

14. Already, a new Medical and Anti-Doping Commission has been set up to establish a fool proof system of testing and ensure Nigeria exits the A Categorization by WADA.

Also, Blessing Okagbare remains one of our best athletes who has served Nigeria well. We emphatize with her. Nigeria will closely monitor developments around her temporary suspension and appeal.

“The second issue had to do with the apparel provided for the team.

“The quantity of competition wear given to each athlete is the decision of the particular federation. No complaints came to my notice until the Tik Tok Video posted by one of the athletes went viral. We Immediately stepped in to manage the situation. The Federation involved has been directed to provide a detailed explanation about the kit.

“Team Nigeria was properly kitted for the games with a 9-item back pack using a local manufacturer in harmony with President Buhari’s policy on local content.

“Before any federation which is a component of Team Nigeria however wears any brand, it must refer to the Ministry and the NOC for clearance and approval. The Ministry and NOC must be fully aware of the contract details by the Federation to protect the rights and freedoms of the athletes and ensure Nigeria’s interests are protected. In this situation, the Ministry wishes to state that the contractual arrangement between AFN and Puma prior to the Olympic Games has generated a lot of controversy between the former President of the Federation and the former Board members.

“I will not want to go into too much details on this issue because it is sub judice. Suffice it to say that the Ministry was not part of the agreement.

“The Tik Tok video on the issue was an attempt to create a media frenzy to embarrass Nigeria.

“Following from the above, the issue relating to the competition wears vis a vis the alleged arrangement with Puma is most unfortunate. I have demanded a proper investigation into this matter. Such an inquiry will unearth the truth about how some people tried to sabotage Nigeria’s participation and undermine the country and our Olympic athletes.

“On assumption of office as Minister of Youth and Sports 2 years ago, I began a gradual reformation of the National Sports Federations, NSFs. For years, a few of these federations were very badly run. These reforms will take time. There already is and will be stiff resistance from some quarters, which is what we are witnessing now. But we are resolute to establish better sport’s management, a legacy President Muhammadu Buhari is desirous of bequeathing to our sports development.

“There is much to hope for in the future. In Tokyo, Most of our athletes were young and debutants – first time Olympians. They gave their all. If only we can support them in a sustained manner, they will give us future Olympic medals and raise high the flag of Nigeria at all venues of international sports competition. We have started building a new generation of Young Nigerian athletes who will benefit immensely from the Nigerian Sports Industry Policy which will be placed before the Federal Executive Council for approval shortly. This policy will unleash the economic potential of our sports sector following President Buhari’s reclassification of sports as a business, away from recreation. This will be the foundation for sustained sector growth and maximization of our human resources.

“The Tokyo 2020 Olympics experience will move and challenge me to push our sports to a higher level and seek a better condition for all our athletes.

“Team Nigeria went to Tokyo 2020 and competed against the best in the world. Two Olympics medals and a statistical performance that has a place in the history of our Olympic participation despite being one of our smallest contingents. We can perform even much better if we alI hold onto the lessons learnt.

“I remain grateful to all the athletes that so represented Nigeria well.”

The minister also described Nigeria’s athletes at the olympics as ‘inspiring’, adding that finishing 74th on the medals table is the country’s best performance in Olympics in 13 years.