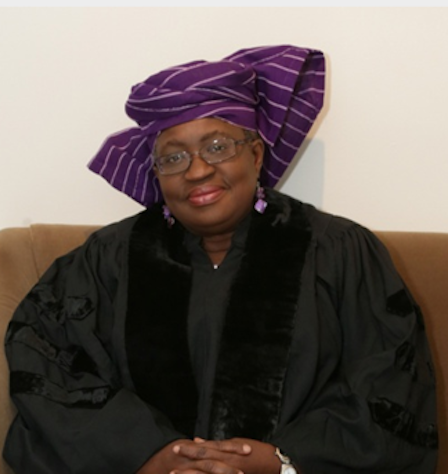 The world will not be rid of COVID-19 until we have a safe and effective vaccine available to everyone.

We will not recover from the far-reaching economic impact of the pandemic without a new social compact between governments and citizens based on transparent, accountable, and trustworthy governance.

Every day that the crisis continues, the value of more open government becomes clearer. Getting medical equipment, and eventually vaccines, to those that need them most poses a major governance challenge.

Already, many countries are battling price gouging, collapsing supply chains, and even corruption in the procurement of supplies, including personal protective equipment.

Out of desperation, governments have contracted with suppliers who have no track record of delivering the equipment they need. Too often those suppliers have failed. The only way to make emergency procurement fast and efficient is to do it in the open by publishing all tenders and all contracts.

That’s what Ukraine’s open contracting system aims to do: Civil society groups have monitored the prices of surgical masks over the past several weeks and called attention to potential price gouging.

Paraguay and Colombia have taken similar approaches by publishing emergency contracts as open data, which independent groups use to track price differences for COVID-19 supplies.

As research toward a vaccine intensifies, the international community’s new Access to COVID-19 Tools Accelerator (ACT) initiative is designed to take a similarly open approach to pursuing diagnostics, therapeutics, and treatments.

This openness should extend to the emergency budgets that have been established to fund healthcare systems and economic stimulus packages. Even in normal times, finance ministries need to publish their budgets in a way that encourages accountability and citizen engagement.

Right now, it is even more important to reassure taxpayers that funds are being spent on the right priorities.

Policymakers should look to South Africa, a world leader on open budgets and audits, where the VulekaMali portal enables easy analysis of budget data.

Countries such as Denmark, France, Belgium, Canada, and Poland that go the extra mile, including by denying taxpayer-funded support to companies based in tax havens, should also be applauded. Companies receiving funds should not be anonymous or avoid their social obligations.

Opening up procurement and budgets can only have the desired effect if citizens and civil society are empowered to follow the money. Journalists in several countries have already used freedom of information legislation and investigative reporting to shine a light on unfulfilled medical-equipment contracts with dubious, newly formed companies.

This is only possible if freedom of speech, civil liberties, and civic space are protected. In some countries, COVID-19 is being used as a cover to crackdown on civil society and erode democratic freedoms. This is short-sighted and will ultimately further undermine the trust of citizens in their governments, which is critical in times of crisis.

While such reforms will not be easy to implement, they will save lives in the short-term and build stronger societies in the long-term. During my tenure as Nigerian finance minister, we worked hard in a difficult governance environment to open up information and tackle corruption. Though it was not easy, we saved billions of dollars that were channeled to other priorities.

At a time when many governments are rapidly mobilizing financial resources from their own budgets, international markets, and donors, it is vital that funds are not wasted. Working in an open way will build trust with citizens and lenders, and it will ensure the money reaches the neediest.

Through the nearly decade-old Open Government Partnership, reformers in civil society and governments are already pioneering such open approaches to response and recovery. When this pandemic is brought to an end, one legacy should be an expectation for more open government that makes better decisions, uses resources more wisely, and puts citizens first.

Corruption Is Fighting Back At Me, Says Akpabio