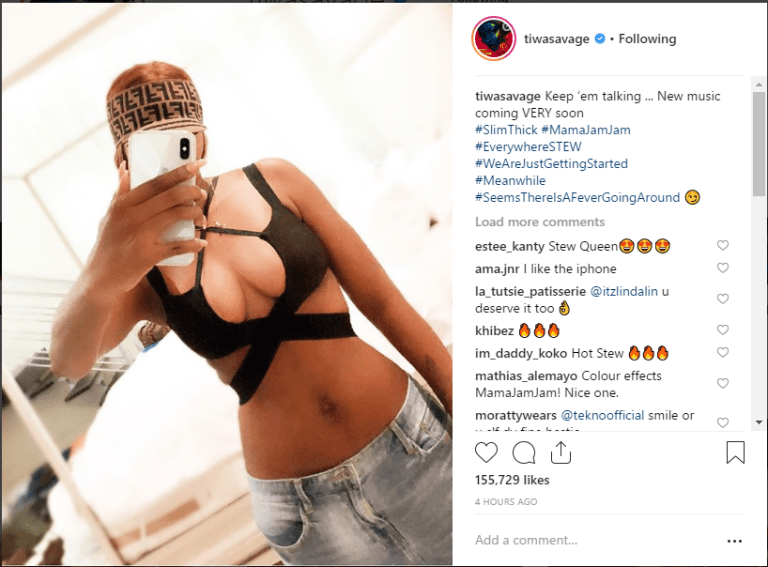 Tiwa Savage is not done with causing chaos on the internet.

Just days ago, she and was the most popular name in the music industry for her role as a vixen in the video of’Fever’.

Not done with that, Tiwa Savage is back with some explosive pictures of herself.

Just as she oozed of sexiness in the video which went viral, she is causing a lot of frenzy on social media again for a new picture in which flaunt her side boobs.

The picture which was shared online was to show how close the singer was to achieving the perfect body. However, it has been attracting a lot of attention .