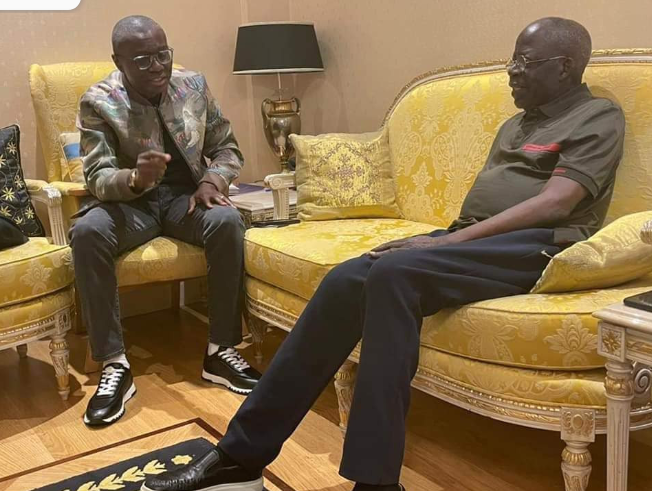 The first citizen of Lagos State, Governor Babajide Sanwo-Olu, reacted to speculation about the death of the National Leader of the All Progressives Congress (APC), Bola Tinubu.

Reacting to the speculation, Sanwo-Olu said Tinubu is well and healthy.

The governor said this after inaugurating 102 compactor trucks and 100 double dino bins acquired by the Lagos State Waste Management Authority (LAWMA), on August 4.

The Governor, who visited Tinubu in London recently, said:

“My going to see our leader was really around the rumours flying around about him.

He is well and healthy. We discussed happening in our party and country at large. All is well with him as I saw myself and there is nothing to worry about.”

Related Topics:Sanwo-OlTinubu's Death Rumour: All Is Well With Him-Sanwo-Olu
Up Next