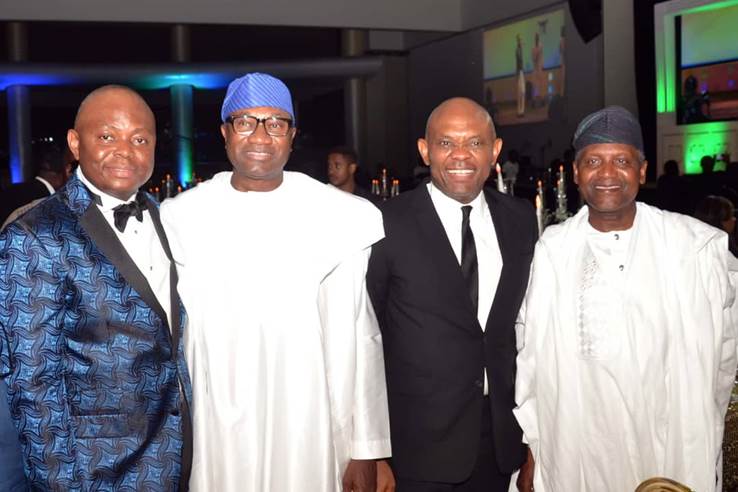 The depth of the pocket of billionaire businessman, Femi Otedola, is unimaginably deep.

Same is that of the duo of the Chairman of Dangote Group, Aliko Dangote and that of Heirs Holdings, Tony Elumelu.

The worth of the trio put together is said to be bigger than the economy of several countries in Africa.

It was from these perspectives that the trio were viewed recently when they met at the end of year party of Fidelity Bank Plc.

Hosted by the Managing Director of Fidelity Bank Plc, Nnamdi Okonkwo, it was with awe that guests at the party starred at the three wise men, as they enjoyed the night of fun.

For Jimi Agbaje, Customer Is King