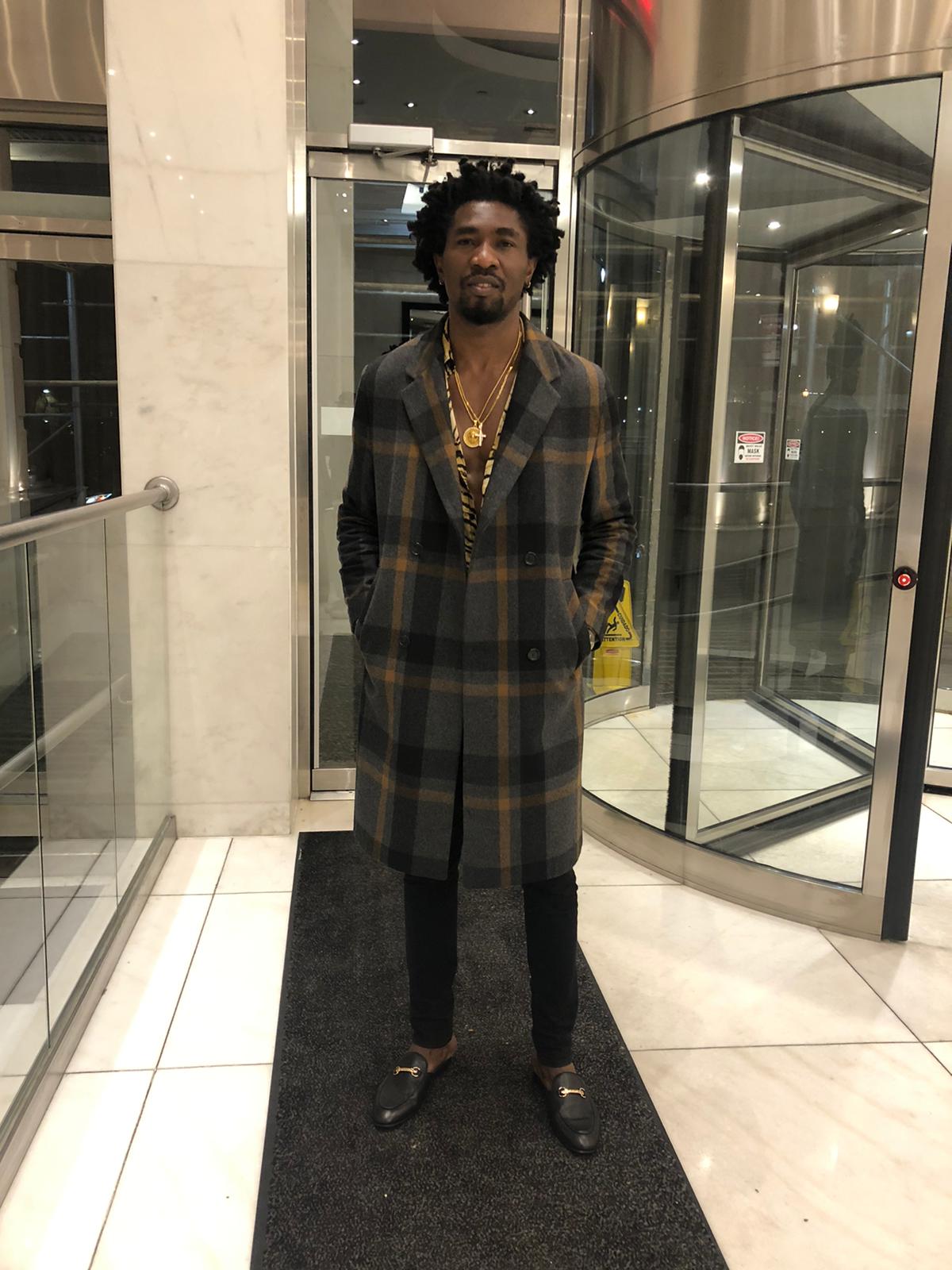 As an actor, he presently has credit for roles in big-budget American works such as ‘Blacklist’, ‘Law & Order SVU’, ‘Brooklyn Coven’, ‘Protector of the Gods’ among several other flicks.

As a model, he also walked the runway in several fashion weeks including New York Fashion Week, while also promoting brands such as Nike, Adidas, Dior, Chase Bank, American Express among others.

Then, he moved to football. However, an injury just before he signed to play pro football in Scotland brought an end to his semi-pro career, thus leading him to acting, an industry where he is gradually but sure imprinting his name as far as Hollywood is concerned.

Driven by passion, Akpore who resides in New York is an advocate of the principles “to whom much is given much is expected, and whatever the mind can conceive it can surely achieve it,” hence he has set no limit on his abilities.

These principles have thus seen him set to storm Lagos, Nigeria before the end of the year for a short film project and other things.

“Passion has also been my major driving force. Always trying to do better, no one is going to be here forever, so we have to leave a mark on earth. Creating as much history as one possibly can,” he said.

Emphasising his love for acting, he revealed a special connection with the big screen, saying: “I do have a special connection with acting. Having had the opportunity to live in 20 countries, three continents, this has helped broaden my knowledge. It definitely helps with having depth as an actor. The more life experience you have, the more depth you also have as an actor. Being able to help bring writers’ stories and director’s vision to life is an amazing feeling, especially when you connect with the role, get into character and deliver. There is no better feeling in this world I must confess.”

X-raying Nollywood, he identified organisation as a major difference between the industry and Hollywood.

According to him, while money is important in production, the power of adequate and early planning can never be underestimated, as, without proper organization, adequate result won’t be gotten even where there is money.

“In Nollywood things are a bit rushed, lots of things are done last minute. For anyone that isn’t used to it, that might be a major problem.

“Production has definitely gotten better, from pictures to sounds and storyline. I’m proud of the growth, but there is lots of work to be done.”

His advice for younger actors is simple. “Keep your head up, stay focus and determined. How bad you want it will determine how hard you’re willing to work for it. Life is not a bed of roses. Never give up and you will get there eventually.

“If at some point you don’t feel like quitting, then that dream isn’t big enough. I personally think the urge to quit is normal, in life the journey is never smooth, the skill to maneuver rough patches is what makes us successful. One thing I know for sure, the pain of regret is unbearable. Quitting should never be an option. Nothing good comes easy. Rejections are part of life. Failure is the mother to all success,” he said.