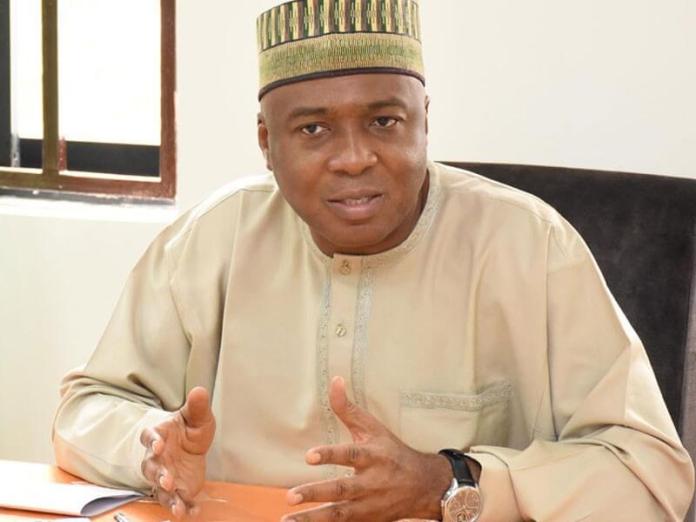 Onnoghen’s trail at the Code of Conduct Tribunal (CCT) kicks off in Monday, January 14th.

The CJN is facing a six count charge over his alleged failure to declare his assets as required by law and for operating Bank Domiciliary Foreign Currency Accounts.

Reacting to the hasty trial, Senator Saraki who was once tried by the CCT said, ‘the proposed trial of the Chief Justice of Nigeria (CJN) has once again opened up the debate on the transparency and neutrality of this administration’s fight against corruption’.

Saraki added that, ‘the haste with which this trial is being pursued leaves a lot to be desired. From last Wednesday when the so-called petition against the CJN was initiated to the period the trial is scheduled to commence has been barely three working days’. 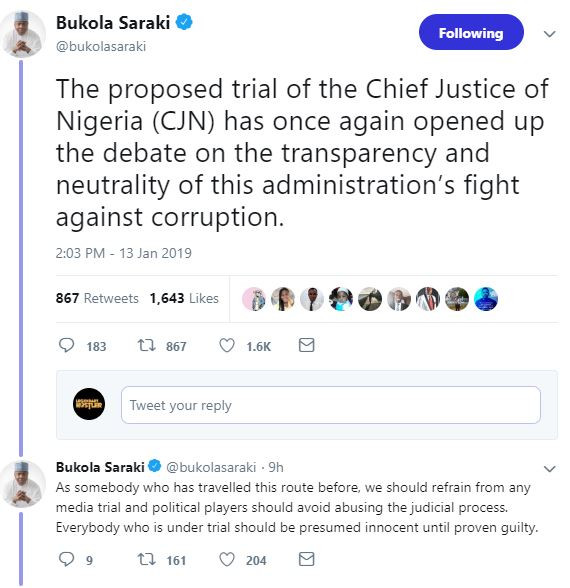 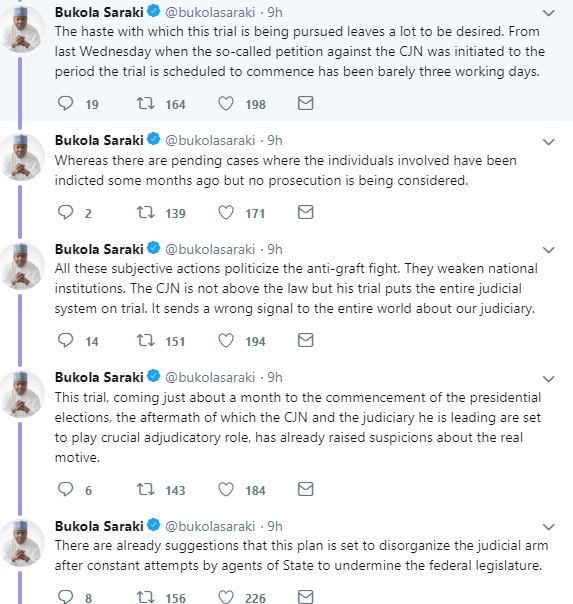 Why I Stabbed My Wife To Death, Farida Banti Explains