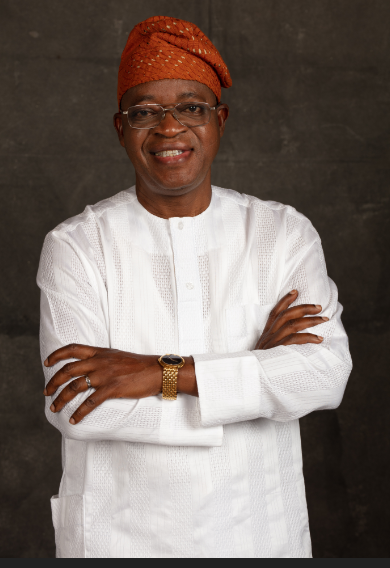 Evidently, the strategic engagement tour, recently embarked upon by Governor Gboyega Oyetola, to all the Local Governments Areas (LGAs) in Osun State, was a veritable look-back mechanism, which afforded him a rare empirical assessment of the public administration journey so far. It was a good opportunityto have a peep at the status of his performance profile. Also, it was an assessment of reality, a very robust and truthful interaction with the people, and a sociological opportunity to evaluate, first-hand, and undeniably, the impact of his administration on the governed.It is sociological in that the electorate would remember that the governor came with campaign promises to bid for the Office of the Governor.

On assumption of office, Oyetola went round the state on a ‘Thank you’ tour. It was from his interactions with the people that he learnt about their preferred and urgent needs. Since legacies are often built fortuitously, agitations about policy issues in the state were harvested, and pragmatic measures were put in place to address them, towards moving the state forward. Now that he’s winding up his first tenure, he has gone back to them to give an account of his stewardship. For a man to have confidence to go back to the people, it means he has done something worthwhile. Such is the story of the governor’s tour. With this tour, history has absolved himfrom living in denial or self-illusion when his performance in office is called to bear. But, it can only get better!

With regard to the forthcoming Osun governorship election, it is generally believed that nothing will be taken for granted, even, in areas where the party is sure of voters’ sympathy.Yes, the governor cannot be everywhere; but the party is everywhere! So, it is the duty of the party to ensure victory in the election for the governor. Safe for some other important engagements, the crucial work of a political party is not just to recruit members but also to mobilize the electorate towards the objective interest of the party. Once it deviates from this essential function, then, the party ceases to be relevant. Basically, too, the power of incumbency only gives the holder an advantage to organize better than those who are not in power. Anything outside that is a lie! Of course, that’s why the man in power who is seeking another term in officecannot rest until victory is secured.

The other area that the Oyetola-led government should be concerned about is the question of the roles that money plays in politics and the entire societal environment. Except we are being economical with the truth, the societal environment, right now, is an enveloping ecology of poverty and deprivation. The dangerous part of it is that poverty makes people do things without thinking. Logic will fly out of the window when poverty is around, biting hard. At that point, nothing else matters!

A time like this therefore demands that APC weighs the options between esoteric and down-to-earth interventions, especially, in a society that has become so degenerated like ours. A political party may be swimming in attractive manifestoes, huge financial war chest and an extensive research outfit. It may also have charismatic goal-getters as its flagbearers. Even, the electoral process may be transparent and credible! However, it is after a society has been taken care of – to the extent that pecuniary issues become irrelevant – that politics of issues can take its rightful position. Or, what issues will a man who has not yet satisfied the demands of the democracy of the stomach discuss? Talk about restructuring and he will want to know what to restructure when his home has not even been structured!

Discussions about ‘conspiracy at the top’ mean next-to-nothing to an economically-disenfranchised man who has to live by the day! The late Lamidi Adedibu has shown that, even, if the electorate will have to live with their actions, post-election day, the man who doles out N500.00 notes, conveniently immersed inloaves of bread – if he can sustain it for few months – is likely to have sympathisers on the day of election. Since Election Day is just a moment, it therefore behoves Osun APC to find ways of attacking these little foxes as the build-up to the governorship election intensifies, lest they become very difficult to handle.

That said, discreet investigations have revealed that the Oyetola-led government has been confronting these challenges, especially, through the Osun Food Support Scheme and other Social Intervention Programmes (SIP). For instance, at the last count, more than 300,000 vulnerable households in the state have reportedly benefited from the Scheme.Forget the imperfections that may be associated with it! However, the truth of the matter is that, if 30,000 residents of the state are being fed monthly, it therefore implies that no fewer than 3,000,000 households actually need such help.Going by the indices from the National Bureau of Statistics (NBS), those factors can’t be ignored, more especially, as they help in swaying the position of votes.

Only last October, 13,566 Osun youths were also said to have been empowered, courtesy of the N-Power programme, with a total of2,034,900,000.00havingso far gone into their monthly allowances. Also, 798 and 851 non-graduate volunteers were recently engaged under N-Tech and N-Build respectively. Same goes for the Rapid Response Register, which has more than 50,000 applicants from Osun. Thankfully, too, there’s no part of the state that has not benefited from the massive road construction or reconstruction embarked upon by the current administration. Ditto for the Education, Health, Agriculture and other sectors, which have witnessed amazingturnarounds.

An ancient philosophy says: ‘if a man can’t find water to drink, he will opt for sand.’As July 16 draws nearer, chances are requests will come and demands will be made. Well, these are issues that neither the ruling party nor the government should ignore. Therefore, conscious efforts should be made to address them in the overall interest of the state, lest the opposition should capitalize on them to score cheap points.

Undecided voters are like matters of the moment; they can be easily flipped. Oyetola only needs to maintain his mien and sustain his tempo even as he strives to secure their buy-in. One sure way is for the party leadership to be alive to its responsibilities by educating its members on the dangers inherent in making unguarded statements.Talking amiss usually attracts ruinousconsequences.

Since every deed has a consequence, political appointees should be adequately mobilized to reach back to their constituencies – where they hailed from – in the interest of the party. After all, they are (the) people from the grassroots who, by the reason of their births and interactions, can positively affect the swing of voting.

Still on the pranks of the hazardous adversaries, it is widely believed that there’s nothing the governor can do about it. He can only sustain his focus while not ignoring prospects for genuine membership.

Last of all, Governor Oyetola will be giving his 2nd-Term ambitiona great boost if he can take his case to God, for, with Him, nothing is impossible; without Him, nothing is possible!

May the Lamb of God, who takes away the sin of the world, grant us peace in Osun State!

Related Topics:APCGboyega OyetolaTakeaways From Oyetola’s Tour Of Osun LGAs
Up Next

Ukraine: We Would Facilitate Evacuation Of Nigerians When Airports Opened-FG