The Coalition of South East Youth Leaders (COSEYL), has appealed to the Indigenous People of Biafra (IPOB) to cease its planned lockdown billed for next week Monday, August 9.

The socio-political Igbo youth group in the South East said it was asking IPOB to call of the lockdown in the region in the interest of Ndigbo and the country. 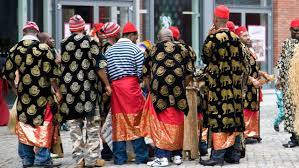 Recall that IPOB had last week announced it planned a shutdown in protest over the continued detention of its leader, Nnamdi Kanu by the Department of State Services (DSS).

However, COSEYL has stated that youths in the region face economic challenges so an economic shutdown doesn’t favour anyone.

“COSEYL urges the group to, in the interest of the Southeast region, review its latest policy directive given the current harsh economic realities biting hard on not only Ndigbo but the entire nation at such an excruciating moment,’ he said.

“Shutting down the region and economic activities thereof does nobody or group any good and is therefore not a win-win case at a time like this. While COSEYL is in support of the release of Nnamdi Kanu from the DSS custody to allow him to enjoy his rights and face his trial, it condemns the way Mazi Kanu, whom the federal government last month “intercepted”, was smuggled into Nigeria from Kenya against international laws and conventions.

“COSEYL calls on IPOB not to allow its activities to jeopardise the region in which case the goal of the group would amount to an own goal.’

“As a youth group, we are against any initiative that endangers further the youthful population of Southeast as previous operations like Python Dance and the like had shown. What Alaigbo needs now is any drive or agenda that accelerate the growth and development of the region above all others than what may escalate tension therein,” Ibem stated.

Abba Kyari: We Are Yet To Receive Official Communication On Arrest Warrant From FBI-Malami