Frank Ibezim of the All Progressive Congress (APC) has been declared the senator-elect for the Imo North senatorial district bye-election.

The apex court in a ruling on Friday, April Friday 16, set aside the concurrent judgments of the Federal High Court in Abuja and that of the Court of Appeal which nullified the candidacy of Ibezim on the ground of perjury. 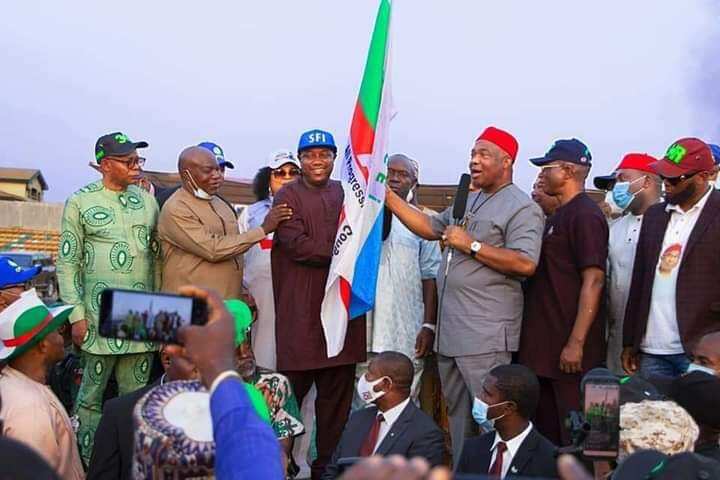 The Supreme Court noted that the suit which led to the disqualification of Ibezim for allegedly supplying false information to secure nomination was statute-barred at the time it was instituted because it was not filed within 14 days when the cause of action arose.

Justice Emmanuel Agim who delivered the judgment subsequently declared Ibezim as the candidate of the APC in the December 5, 2020 by-election and also as the winner of the election.

The declaration of the apex court has thus dashed the Senatorial ambition of Ifeanyi Araraume whose candidacy had been upheld by both the Federal High Court and that of the Court of Appeal.