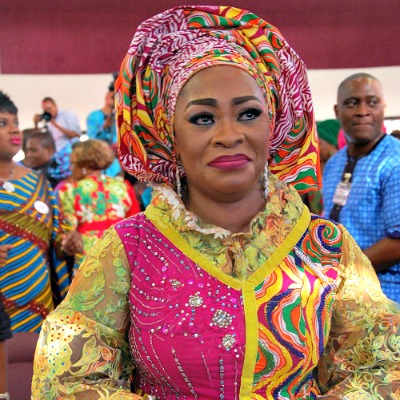 The need to put an end to gender discrimination can hardly be over-emphasised.

One woman who is aware of this is a Nigerian lawyer, speaker, and founder of Arise Women Conference, Siju Iluyomade.

While a lot of people have been paying lip service to women’s rights, Iluyomade has been putting her money where her mouth is.

As part of her effort to a better position, the African woman, Iluyomade via her Arise Conference, has been empowering women on several fronts, encouraging them to be self-sufficient by standing up against the scourge of poverty that has bedeviled humans and the social-economic growth of Nigeria as well as the continent.

In her charge to women during the 2021 International Women’s Day, she pointed out that “gender inequality” is one of the problems that face every developing country in the 21st century.

Urging corporate bodies to give more support to women especially in Africa, the philanthropist emphasised that education should be accessible to everyone irrespective of their gender.

Precious Is A Sick Woman, A Big Liar-Regina Fani-Kayode