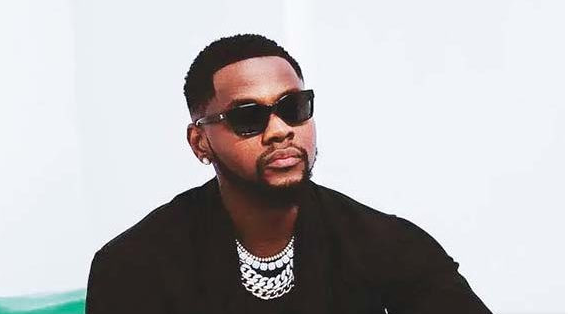 The real reason why Nigerian singer, Kizz Daniel, refused to perform at a Tanzanian show has been revealed.

According to the show promoter, Stephen Uwa, Kizz Daniel refused to perform because the airline failed to bring his bag containing his gold chains and insisted he will not perform without wearing all his gold chains.

Recall Kizz Daniel was arrested by the Tanzanian police earlier today after he failed to perform at a show on Sunday, August 7, after being paid.

Speaking during an interview, Uwa:

”He said the airline didn’t bring his bag that is why he cannot perform because his gold chain is not there and he had a gold chain on his neck. He wanted everything.”

Further, Uwa said he spent nothing less than $300, 000 on the show including $60,000 to Kizz Daniel as performance fee, however, the singer flopped everything. He said he was on his knees weeping and begging Kizz Daniel to perform but he refused.

”My company is new here. PaulO is the one I booked Kizz from. PaulO cried all night trying to beg this guy ‘Please go to this show,’ he called in from America!

“I paid this guy $60, 000 to perform on this show . I went down on my knees. I was like ‘Bro, you are damaging me. I am trying to build my company here. You are going to damage me’. I begged this guy ‘Save my career, save me”. I was on the table with Kizz Daniel for like five hours begging him, kneeling for him”

Stephen said the whole venue was damaged as the angry fans destroyed some of the items brought in by the sponsors of the show,