A popular Abuja-based pastor identified as Emeka Evans Unaegbu has been found dead.

The deceased was found dead in his church throwing the Nyanya-Jikwoyi area of Abuja into panic mode.

The pastor was reportedly conducting a lone vigil a night before he was discovered on Wednesday morning, April 14, on the premises of the church lifeless.

He was later rushed to a nearby hospital where he was confirmed dead. A source with knowledge of the case said: “He was barely breathing by the time neighbours and some members discovered him lying in the building. He passed on while being rushed to the hospital.” 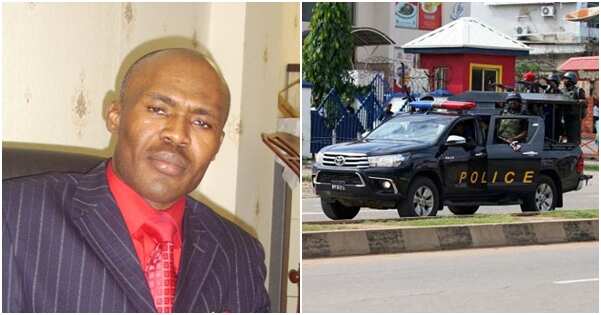 Residents in the area have expressed shock over the incident.

Meanwhile, the Abuja police command has dismissed speculation that the pastor was likely killed by gunmen.

Police sources hinted that the deceased may have fallen off the stairs while conducting prayers as he did not sustain injuries that could be linked to gunshot or weapons. The security forces have commenced an investigation to unravel the circumstances surrounding the death of the pastor.

Power Shift: Sunset in the East