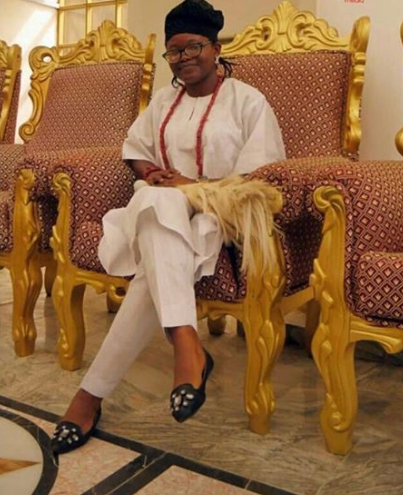 Tinuade Babalola, the Regent of Iboropa, has revealed that she is forbidden to have a romantic affair while on the throne.

The young lady revealed this during an interview session with her followers on social media.

Babalola was asked if she is allowed to have a boyfriend or get married while on the throne, shocked her followers with her reply.

She said that she is not allowed to have a boyfriend as she has to be celibate throughout her reign.

A screenshot of her response below: 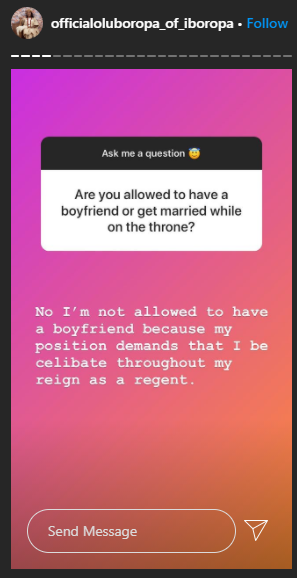 Not All Clear For Wale Tinubu