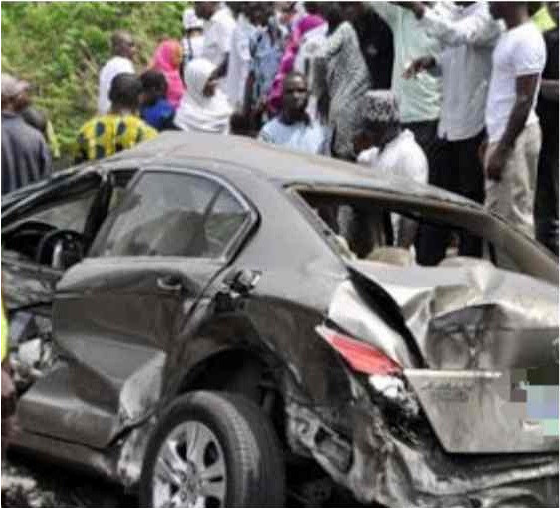 The sad tale of how a groom died in an auto accident while on his way to his wedding has been reported.

According to emerging information, the incident has since left the bride to be into a coma.

Mohammed Zakari, died on Sunday, March 13, at Fumesua on the Kumasi-Accra highway around 1:00pm.

Police say a Ford Escape vehicle with registration number AS 3222-21 being driven by the groom and occupied by four of his friends lost control and ran into a ditch.

The 40-year-old groom died on the spot. The four other occupants were rushed to KNUST Hospital for medical care. 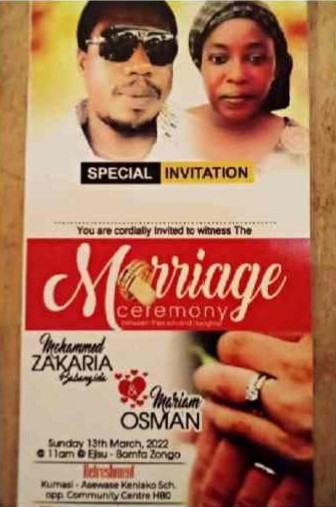 One of the victims who sustained life-threatening injury has since been transferred to Komfo Anokye Teaching Hospital (KATH) for better treatment.

The bride is said to have suffered a traumatic shock after she heard the news and she is now in a coma.

The deceased has been buried, according to Islamic rites.