Speaking during the popular annual December 31 Crossover Night ministration, Mbaka, who is the Spiritual Director of Adoration Ministries, Enugu, Nigeria (AMEN), said this will depend on the president’s ability to act fast and save his government. 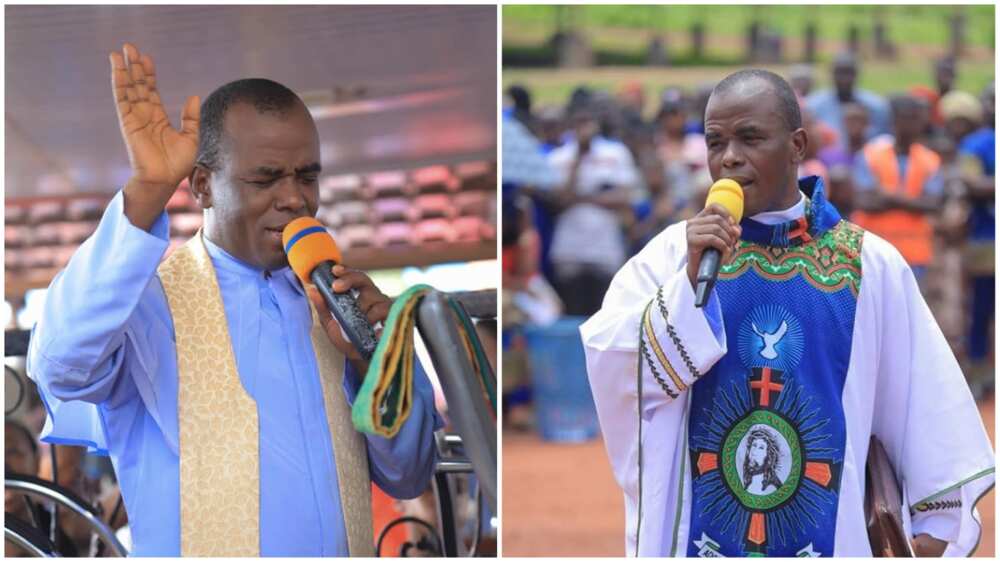 The cleric advised Buhari’s government to create employment opportunities before Nigerian youths embark on restiveness that may consume this administration.

He stated: “The Holy Spirit of God asked me to warn the government of the day to be very careful; to change policies and take care of the youths without politicising their (youths’) condition.

“That the government should rise and urgently create jobs and innovate opportunities that would benefit the youths of the nation because they have suffered so much.

“Don’t politicise the condition of the youths, otherwise, they will arise and end the political system.

The man of God also had some words for Nigeria’s lawmakers, especially members of the National Assembly (NASS). He described them as “kidnappers” who have kidnapped the opportunities meant for the youths and the nation’s wealth.

According to him, politicians have been looting the nation’s commonwealth for years while refusing to make life better for the poor masses. He said they have now turned around to tag youths kidnappers, criminals and hoodlums. The Catholic priest declared that God was not happy with Nigerian leaders, both past and present, for making life hard for Nigerians and turning them into beggars in other countries.

He advised the leaders to make things right, else what will befall them will be unbearable.