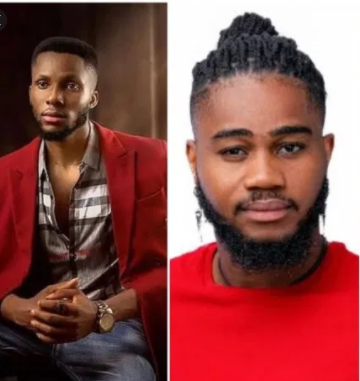 A serious drama has started in the ongoing Big Brother Naija lockdown show.

This is as Brighto, one of the housemates has revealed damning information about a fellow housemate.

According to Brighto, Praise is married and the woman he got married to close to 60.  Brighto, also revealed that Praise has a son with the woman who he is involved with for money.

The housemate disclosed this while having a conversation with Kiddwaya on how Praise talks to him rudely.

Brighto who said he will start using snide comments on Praise, alleged that he (Praise) told him about his wife few weeks after they got into the house.

“What I want to do now is, whenever he says anything, I’ll tackle him. I know his weak point.

“I know what you can tell him that can make him very angry, too pissed that he can even cry.

“You know he usually brags about ‘my son, my wife’, his wife is sixty-something [years]. I’m telling you something. I swear to God. He told me. Trust me.”