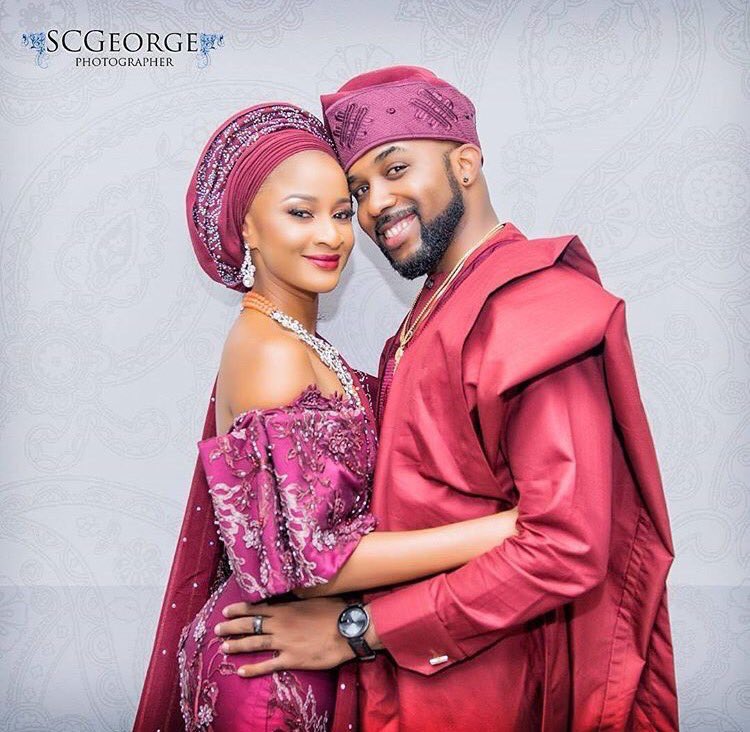 Singer, Banky W, has revealed the challenges of being a father.

The singer revealed that on the way to being a father, he and his wife Adesua actually suffered some unpalatable experiences.

He revealed that they struggled to have a child, while adding that they lost a set of twins, went through failed IVF processes, before they got blessed with their baby boy, Zaiah in January 2021. 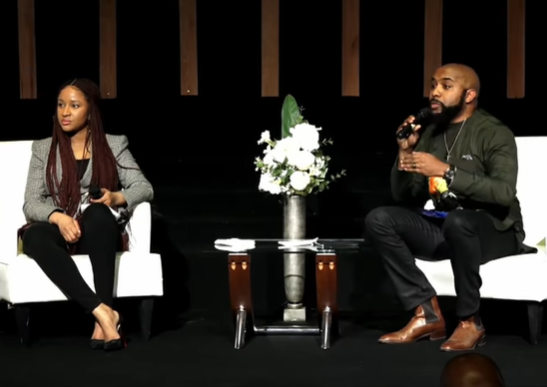 They spoke about their experience while sharing their testimony in church on Sunday, April 4.

Adesua said they got married in 2017 and wanted to quickly have their kids. However, that didn’t happen as the babies weren’t forthcoming.

”We got married in 2017 after Banky had disturbed my life and I was like okay, let’s marry.

“We had planned our lives out and we were like this is what is going to happen, we would be so busy so we might as well get the children out of the way. Lets do it now and just let it come through.  And then nothing happened.

“And then we tried and nothing happened. And I remember having a conversation with Banky and I was like, lets go do IVF. Banky was like calm down, it hasn’t even been a year. Give it a year.

“A year came. When it was 11 months and a couple of days, I was like hey, how far? It’s been a year. Let’s go try IVF. And we prayed about it. We did pray and by the grace of God we got pregnant with twins”

Adesua said in the first year of their marriage it was a monthly cycle of disappointment as she expected to miss her period and get pregnant. She also mentioned that she suffered severe trolling from people online who constantly asked her to go and get pregnant.

”It was like a monthly disappointment and anyone would tell you that when you want a child, even one month or two months seem like such a long time talkless of people that have waited for years and years. So, it was constant disappointment and trying to stay in the place of faith  and knowing that you serve a God that doesn’t lie and knowing that you serve a God that can do it but for some reason, he is just really kind of slow in your opinion.

While celebrating women who have gone through IVF, Adesua said she went through the process so much that she now has veins in her hands that no longer work because they are so traumatized that they can’t bring out blood anymore.

”So we got pregnant with twins and we had gone for the scan and we had seen the heartbeats. During a routine checkup, we went back to the hospital to have a scan and I just saw the doctor’s face.

“You know when something is wrong, sometimes you can tell. She was scanning and I was like what is wrong and she was like oh no nothing. And I looked at the nurse’s face and she looked a bit funny too and I was like what’s wrong? She was like Adesua, I am looking for the heartbeat. And I said for two of them? And she said yes.

“I started laughing because it didn’t make any sense to me. And so I went home and I remember being in our living room, I literally collapsed on the floor and I wailed. Wailing is not the same thing as crying. Wailing is a deep groaning in your chest”

Adesua said she and Banky decided over the weekend after the scan to pray to God since nothing is impossible with him. They went back to the hospital believing that God would come through.

Speaking to the point when he teared up, Banky said

”We went back to the hospital for the scan and not only did we not see heartbeats, the embryos were shrinking. They were decaying and they were dying. This was towards the end of the first trimester. It was a tough time.

“When we found out we were losing them and we had to do an evacuation, it was a very emotional time and she cried.

“Let me tell you, women are stronger than men. Crying is not a sign of weakness, but as a man you know you have been raised to be like you are the man, you have to be strong, you can’t shed a tear.

“So she is feeling a certain way and I am trying to be there for her and I am just there holding her and saying it is going to be okay.

“But the day that we cried together was the day of the evacuation and evacuation is when they remove the dead embryos. We went to the hospital, we did the procedure and Adesua is one of the strongest people that I know but I had never seen her so frail and in so much pain, emotional and physical. For somebody like me whose love language is acts of service, its helping and fixing the problem, there was absolutely nothing I could do at that time.

“We came home from the hospital and I remember I led her up the stairs and we got on the couch and I held her in my arms and we cried. I will say it again. It is okay to cry.”

Adesua said they did their second IVF and this one failed as it didn’t even produce an embryo. She said the doctors at the time told her that she had Polycystic Ovary syndrome while Banky W’s sperm morphology was not right.

Banky W and Adesua said they got pregnant miraculously while taking part in the Nathaniel Bassey Halleluyah challenge.

Related Topics:AdesuaBanky WShocker: Banky W Revealed Fatherhood Challenges***How He Lost A Set Of Twins
Up Next

See How DJ Cuppy’s Mum Reacted To Her Racy Photo