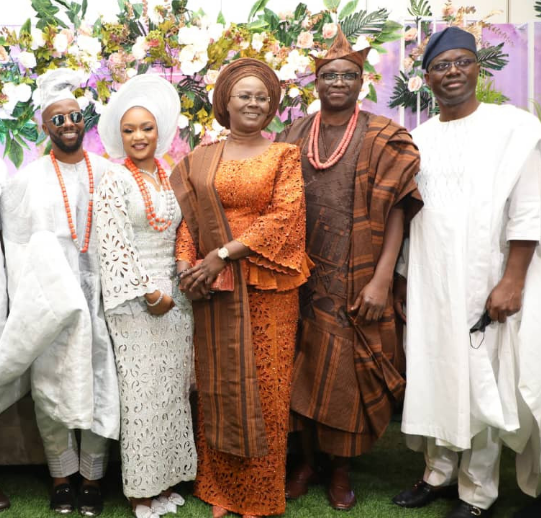 “There is no permanent friend or enemy in politics” is a popular saying.

Only recently, the duo were at daggers drawn as they fought for the leadership of their party, Peoples Democratic Party (PDP). They exchanged words and even promoted different ideologies as far as the party was concerned.

However, they appear to have made peace, as Makinde was one of the popular faces at the recently held wedding ceremony of Fayose’s son, Oluwanigba.

At the event, Makinde was more than a special guest; as he encouraged the newly wedded couple on the principles of marriage even as his new friend Fayose brimmed with smiles.