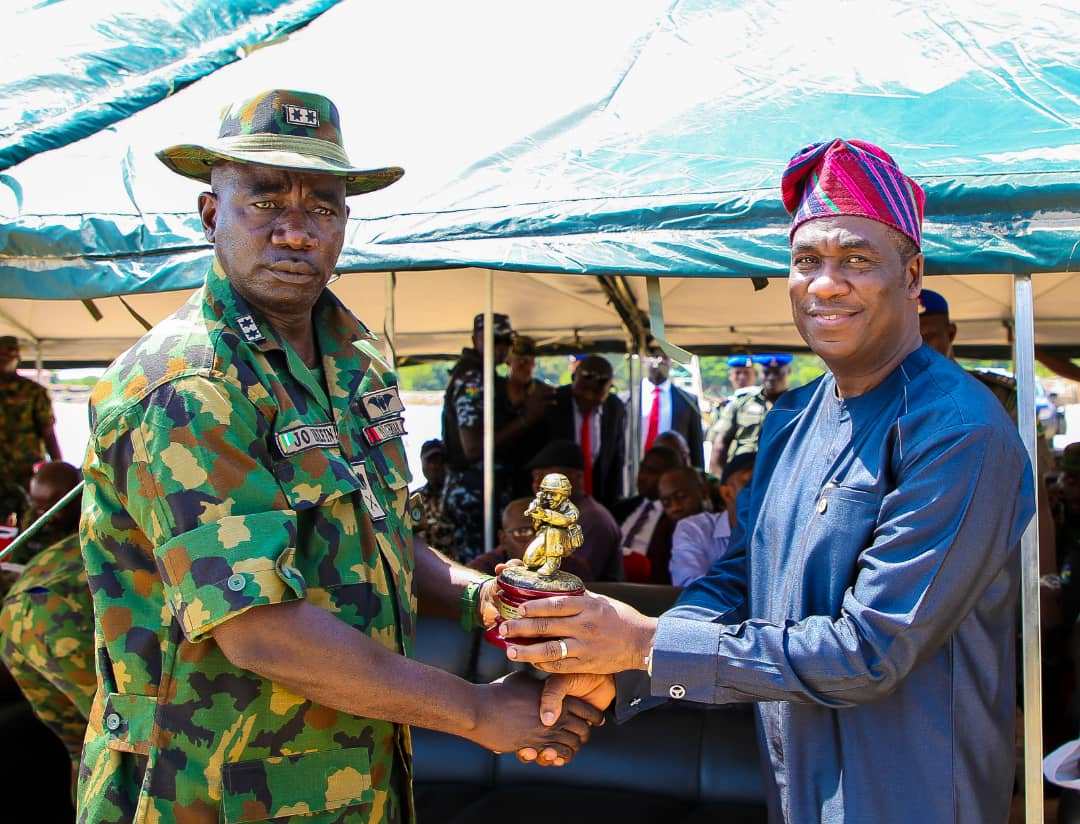 Lagos State Governor, Mr. Babajide Sanwo-Olu on Tuesday welcomed Operation Crocodile Smile IV by the Nigerian Army, saying the exercise is a right move towards ensuring peace and security in the South West and South South regions during the festive season.

The Governor assured the Nigerian Army of his administration’s continued support as it engages in intensive security duties in the state while also urging citizens to be security conscious.

Sanwo-Olu stated this during the flag-off ceremony of the Nigeria Army’s 81 Division Exercise Crocodile Smile IV for Lagos and Ogun States held at Takwa Bay, Lagos.

The Governor who was represented at the ceremony by the Deputy Governor, Dr. Obafemi Hamzat, commended the Chief of Army Staff, Lt. General Tukur Buratai for his thoughtfulness and strategic foresight, which brought about the idea of the exercise.

The Governor said: “from antecedents, the security issues prevalent in the yuletide are not lost on any of us as men of the underworld tend to perpetrate criminal acts during this period,” adding that Exercise Crocodile Smile IV is a welcome development that promises to ensure that these black heads of the society have no safe haven within the period.

‘‘We cannot thank you enough for your efforts and sacrifices”, Sanwo-Olu commended the army for their resilience and determination towards providing security in Lagos State and other states across the country including the federal capital territory.’’ he said.

While seeking the support for security operatives, the governor urged citizens to be security conscious and remain vigilant by being alive to activities in their environment.

He also advised residents to “see something and say something. The Police and other security personnel are not magicians and they don’t look at oracle, they listen to information. It is for all of us to conduct ourselves and just be our neighbours’ keeper.’’ Sanwo-Olu stated.

He further affirmed that beaches around Lagos, which are a beehive of activities, will remain safe with such security activities as the one planned and executed by the Nigerian army.

In his remarks, the Chief of Army Staff, Lt. General Buratai who was represented by the General Officer, Commanding 81 Division, Nigerian Army, Major-General John Irefin disclosed that the Exercise Crocodile Smile IV was part of the Nigerian Army’s continuous commitment to combating security challenges in the country such as illegal oil bunkering activities, militancy, kidnapping, pipeline vandalism; cultism and some other common sundry crime.

He added that the objectives of the operation are to reduce to the barest minimum the prevailing security threat in the riverine environment and sharpen the professional skills of security personnel that are involved in the exercise.