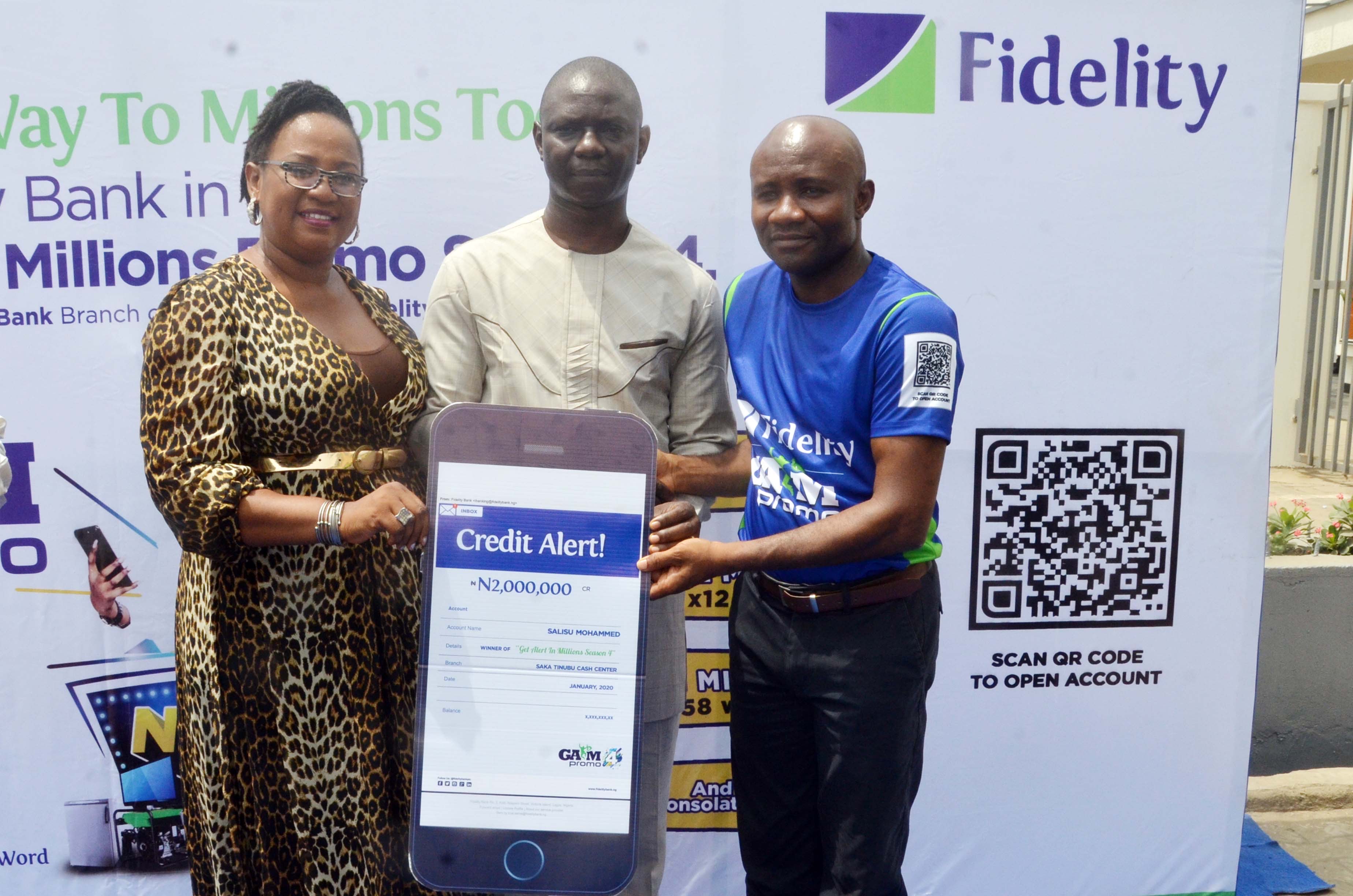 Lucky customers of Fidelity Bank Plc across the country Monday received cash and consolation prizes at the 2nd  bi-monthly/4th monthly prize presentation of the Get Alert in Millions (GAIM) promo Season 4.

Managing Director/CEO, Fidelity Bank PLC, Nnamdi Okonkwo, said the bank has consistently kept its words by rewarding customers for their loyalty and patronage. According to the Bank Chief, a total of N68 million in cash prizes as well as other consolations prizes have been won in the ongoing promo.

The customers who smiled home with their winnings include Salisu Mohammed, Adepeju Esther – who both won N2m each and Chinonso Chukwudubem who won N1 million. This is in addition to consolation prizes of Fridges, Gen Sets, and Television sets.

In attendance at the event were officials of National Lottery Regulatory Commission (NLRC), Federal Competition and Consumer Protection Commission (FCCPC), Lagos State Lotteries Board (LSLB), family and friends of the lucky winners