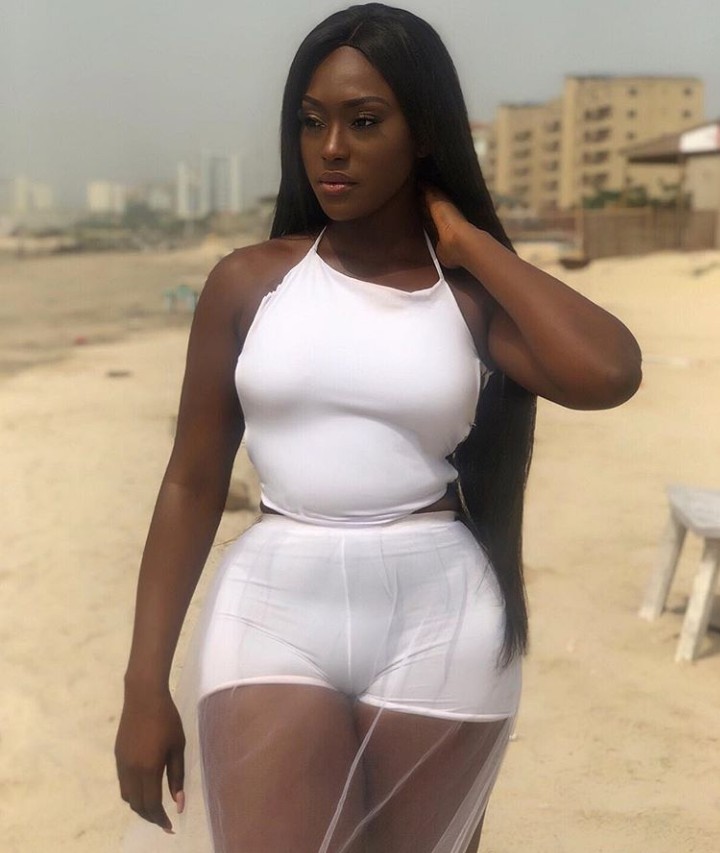 Nollywood actress, Linda Osifo does have a good shock absorber.

Scantily dressed in a white assemblage that showed alot of her privates in a beach, Osifo was called to order by a fan who thought that she should dress as she wants to be addressed and advised her to emulate fellow actress Adesua Etomi. 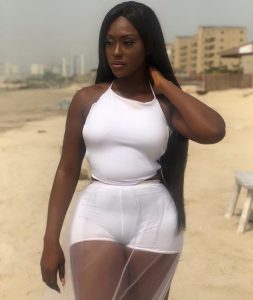 Rather than start a fight as would most actresses, the thespian was mature enough to handle her critic telling him that she would only emulate herself.