All Progressive Congress (APC) national leader, Bola Ahmed Tinubu, has been quoted saying that any insinuation that he has a rancor with the Lagos state Governor Akinwunmi Ambode would be insulting him.

Tinubu, said this while speaking with a cross section of journalist prior to casting his vote in the APC gubernatorial primary. 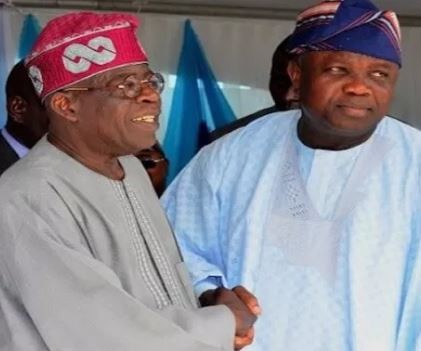 He said: it would be an insult for anyone to say he is in any rancor with the Lagos state governor, Akinwunmi Ambode.

”Rancor between us? I will regard that as an insult. I brought Ambode to the people. He was a civil servant under me. He performed very well as a civil servant and when he showed interest in politics after the leadership, we gave him the opportunity. I introduced him to the party. The party accepted him, he became the governor. Now if the party now say they want either a change or they want to reaffirm the governorship through open exercise, and they elect him today, so be it.