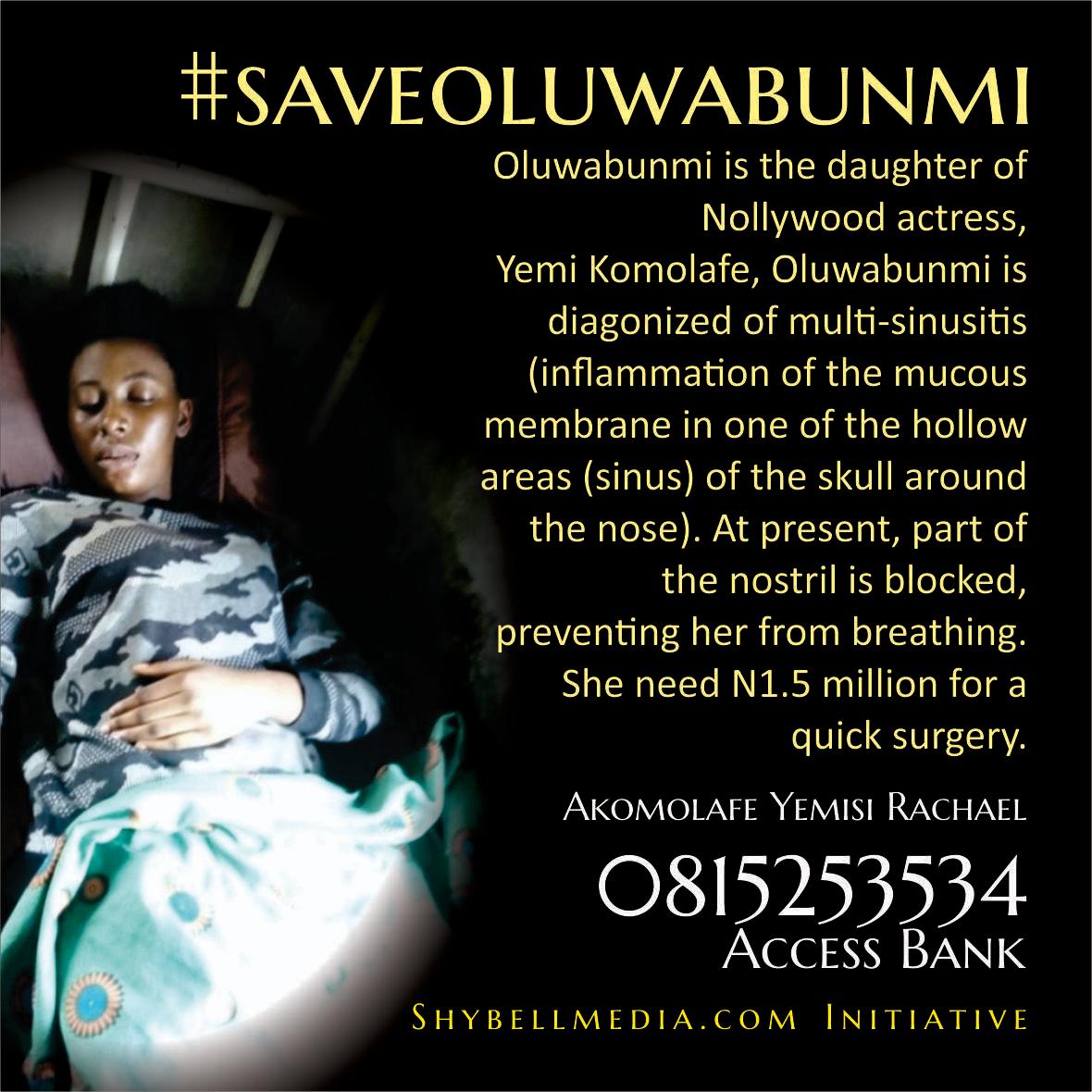 According to research and results, Nollywood’s actress, Yemi Komolafe’s daughter, Oluwabunmi Komolafe, was diagonized of multi-sinusitis (inflammation of the mucous membrane in one of the hollow areas (sinus) of the skull around the nose) seven months ago.

At present, part of the nostril is blocked, preventing her from breathing. She only breathes through her mouth. She has been battling this for months and her mother has spent millions of naira on medicine and hospital bills. 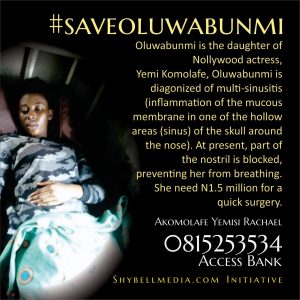 The doctor finally concluded on an operation that will cost 1.5 million Naira but due to previous expenses by the mother, she needs public assistant.

However, reserach also revealed that some of her colleagues had been cried upon (mostly senior colleagues) but none of them were ready to help. Including those who owe her for services rendered (film productions).