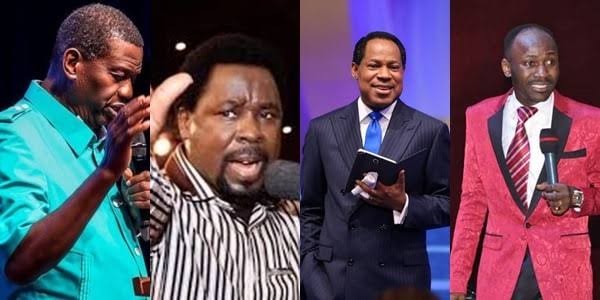 Few hours ago, a very popular new medium, Sahara Reporters made a publication on Prophecies that missed in 2020, in a way to discredit some popular prophets who made 2020 Prophecies in Nigeria.

Among the prophets whose Prophecies were includes and described as ‘failed’ are Primate Elijah Ayodele, Pastor EA Adeboye, Pastor Kumuyi, TB Joshua to mention a few.

One of them that caught my attention is that of Primate Ayodele, the leader of INRI Evangelical spiritual church, a prophet who has been widely celebrated for the accuracy of most of his Prophecies.

Sahara Reporters said Primate Ayodele Prophecied that there will be a referendum in the country in 2020. It makes one begin to wonder where Sahara Reporters got their story from.

These were Primate Ayodele’s words on this

“Democracy will cause a lot of problems and will break Nigeria. I foresee future referendum coming. A lot of things will happen in Nigeria” in his words, there was never a time Primate Ayodele said it will happen in 2020.

Also, Sahara Reporters said Primate Ayodele’s prophecy on Buhari’s government exposing some former governors was a failed prophecy, what a show of shame! What do we call the travails of former Governor of Akwa Ibom, Godswill Akpabio, and is Buhari’s government over? Hence, this prophecy too isn’t 2020 bound.

Another thing Sahara Reporters said is that Primate Ayodele’s prophecy on the government making use of another means to secure the states not coming to pass, that’s laughable, everyone knows Amotekun was approved this year In South West, a security outfit too has been on the move in the north, what else is a confirmation if not this?

The media organization also said that Primate Ayodele’s prophecy on the villa being moved from it’s present location didn’t come to pass. Please, can Sahara Reporters tell us if Primate Ayodele said it will happen in 2020? Never! He never said in 2020.

Also, the said his prophecy on Earthquake didn’t come to pass, it’s unfortunate that some people think they can read prophecies like a novel, these are warnings that can be averted through actions and prayer.

These allegations by the media outfit can be best described as lies, false, and a well written piece out of intellectual ignorance

No doubt, this is a delebrate action against men of God by Sahara reporters, this same Primate Ayodele predicted the victory of Godwin Obaseki, Joe Biden, Death of personalities, Akeredolu’s victory and many more, how come Sahara reporters isn’t looking at these areas?

I am an ardent reader of Primate Ayodele’s prophecy and I can attest that this man of God is indeed a Prophet.