The gubernatorial candidate of the All Progressives Congress (APC) in Rivers State, Tonye Cole, is in trouble for skipping the mandatory National Youth Service Corps (NYSC) scheme, the NEXT EDITION has found out.

Sources close to the stylish businessman-turned-politician said he is struggling to get the NYSC to help him out with the problem.

The Lagos-based billionaire emerged APC’s gubernatorial candidate for 2019 during the party’s primary in Port Harcourt on October 1.

According to him, Dawari George, a former aide to Rotimi Amaechi, scored 491 votes to come a distant second.
Dumo Lulu-Briggs, another business mogul who stood the election, secured 38 votes while a serving Senator, Magnus Abe, got a single vote. 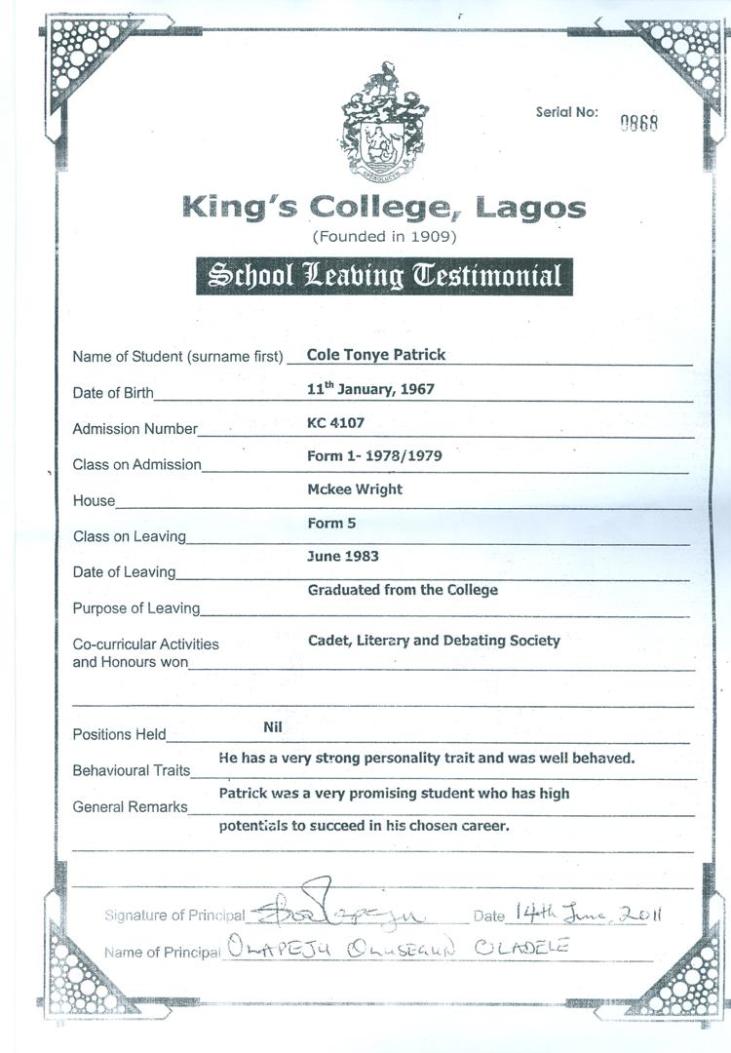 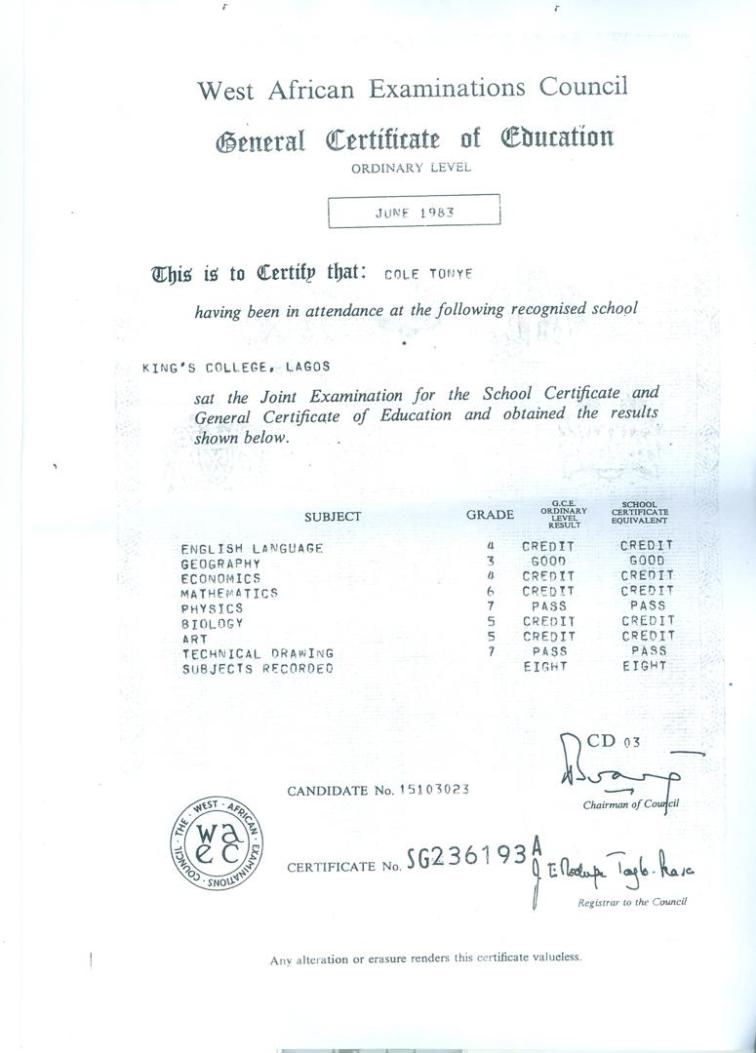 Mr. Abe was the only person who voted for himself in the primary that was attended by no fewer than 4000 delegates.

But weeks after the primary was conducted and won, Mr. Cole is yet to name his running mate, situation observers blamed on the fear he might be disqualified after all.

This newspaper found out Mr. Cole deliberately omitted his tertiary education qualifications in the nomination forms he submitted to his party and the Independent National Electoral Commission (INEC).

This shows in spite of his rich educational background, he only filed his primary school leaving certificate and the ordinary level West African Examination Council General Certificate of Education he obtained in June 1983 from the King’s College.

Apart from the WASCE, Mr. Cole also attached a testimonial from King’s College which showed he was born on January 11, 1967, and had attended the institution from Form One to Five.

With registration number 4107, he was a member of Mckee Wright House as well as the Literary and Debating Club.
The principal of the school at the time, Olapeju Oladele, indicated he held no leadership position but indicated he had a promising career.

“He has very strong personality traits and was well-behaved,” under behavioural traits.

However, under general remarks, Mr. Oladele wrote, “Patrick was a very promising student who has high potential to succeed in his chosen career.”

Based on his WASC attached to his nomination forms, Mr. Cole had credit (4) in English Language, good (3) in Geography, credit (4) in Economic and credit (6) in Mathematics.
Others include Physics – pass (7), Biology – credit (5), Art –credit (5) and Technical Drawing –pass (7). 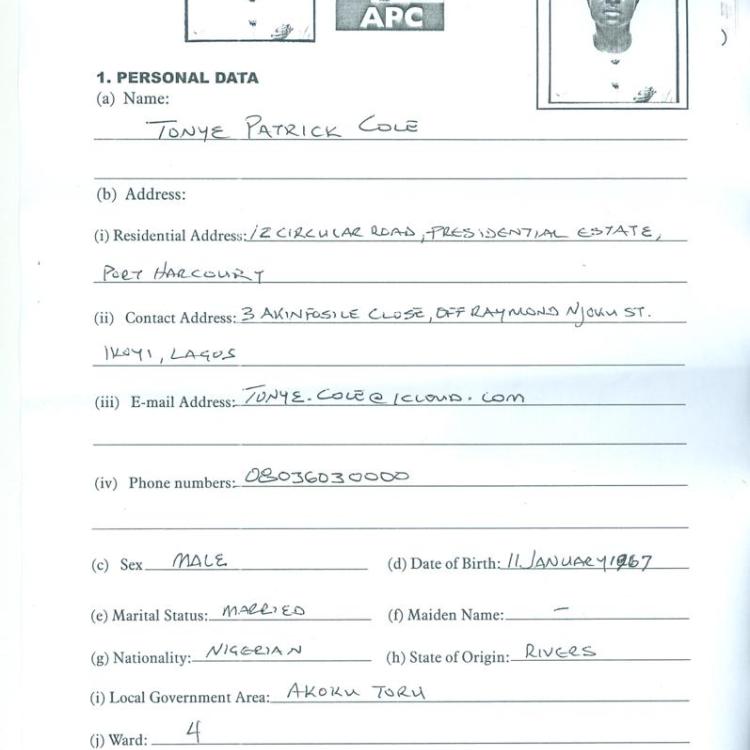 With only WASC and a testimonial from King’s College attached to his forms, it seemed Mr. Cole, for some undisclosed reasons, deliberately omitted his degrees as contained in his public profiles.

While he failed to indicate his tertiary education qualifications, the APC candidate sumptuously showcased the training he has attended across the globe and the many papers he has presented and positions he has occupied.

But findings by this newspaper showed Mr. Cole went straight to King’s School, Ely, Cambridgeshire, the United Kingdom after he left King’s College, Lagos at age 16.

He is also said to be an alumnus of the University of Lagos and Universidade de Brasilia, Brazil, where he was graduated with merit honours in Architecture. 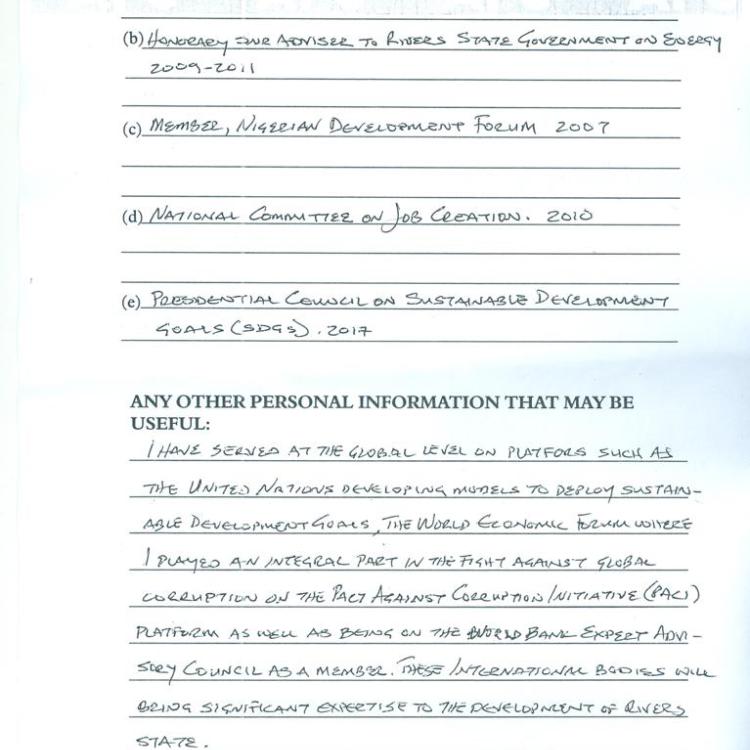 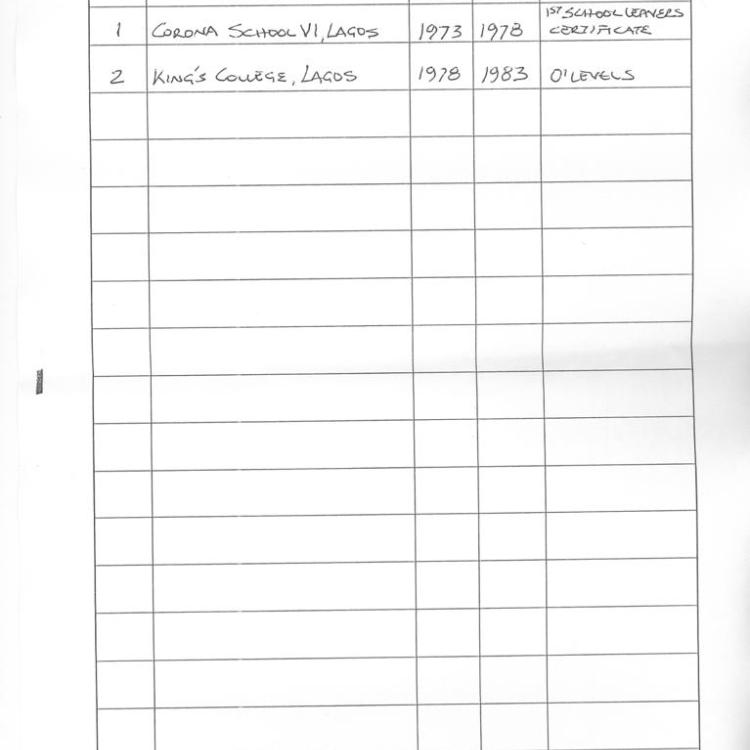 Curiously, information regarding his tertiary education and the record of his compulsory NYSC participation are all absent in the document he filed with his party and INEC.

Given his family background and the age he completed his primary and secondary education, it is very clear Mr. Cole got his first degree before he was 23.

The one-year service, organised by NYSC is compulsory for all Nigerians who graduate from universities or equivalent institutions at less than 30 years of age.

Apart from being a prerequisite for obtaining government and private sector jobs in Nigeria, the NYSC Act prescribes punishment for anyone who absconds from the scheme or forges its certificates.

For instance, eligible persons, who skipped the scheme, are liable to be sentenced to 12 months imprisonment and/or N2, 000 fine, based on Section 13 of the NYSC law. 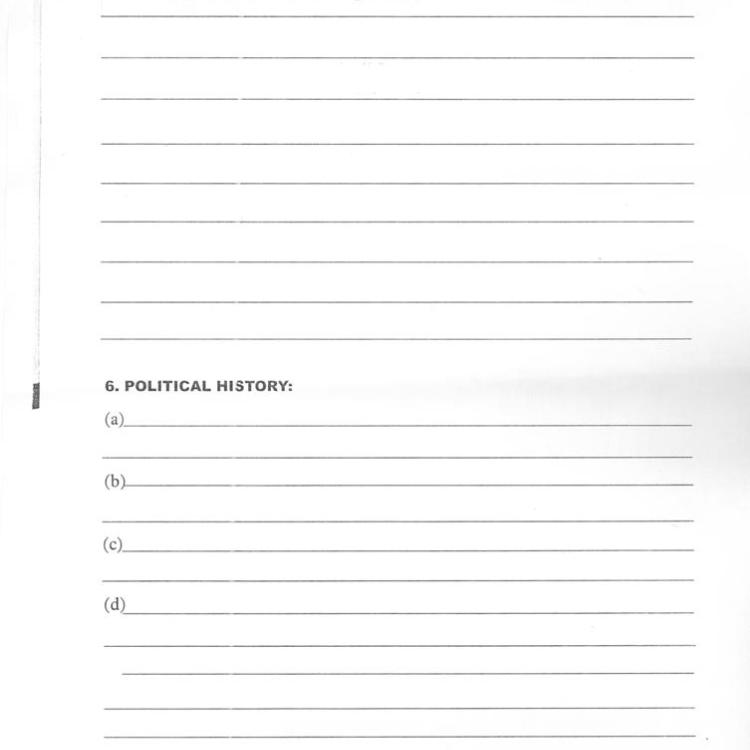 In Section 13 (3) of the Act, a three-year jail term or option of N5,000 fine is prescribed for anyone who contravenes the provisions of the law.

It provides for up to a three-year jail term for such offenders.

NEXT EDITION made several attempts within the last two weeks to speak with Mr. Cole on the issue but failed.
The APC chieftain would not pick calls or respond to text messages from this newspaper.

However, when contacted, on one of his allies, Tonye Princewill, said Mr. Cole could not speak on the issue because the party was yet to set up a campaign structure for the 2019 polls.

All of Mr. Cole’s public profiles show he had tertiary education in Nigeria and in Brazil but none indicates the dates of his graduation.

NEXT EDITION could not also extract any record of where he served in any of such profiles, some of which have been edited recently.

Attempts to speak with the NYSC spokesperson, Adenike Adeyemi, failed as her line was unreachable and text message to her phone was not replied.

But a senior staff of the scheme, who could not be named because he is not authorised to speak on the matter said the NYSC has no record Mr. Cole served or was offered an exemption.

The newspaper also accused Mrs. Adeosun of forging an exemption certificate many years after graduation in a well-researched exclusive report.

The report showed the minister was born in March 1967 and graduated from the Polytechnic of East London in 1989, at the age of 22. 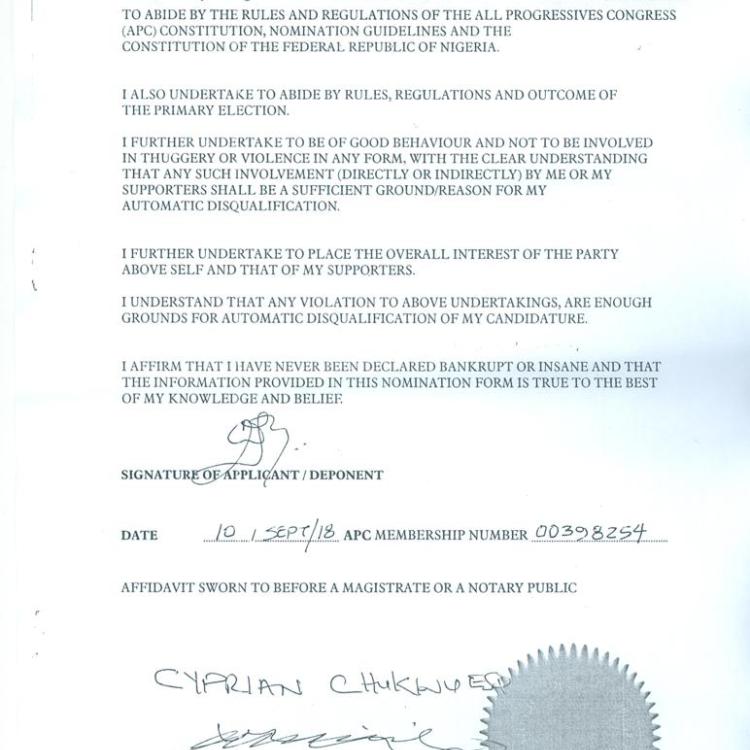 Having graduated at 22, it was obligatory for Mrs Adeosun to participate in the one-year national service, to qualify for any job in Nigeria.
After months of silence, denial and blame-game, the minister was forced to resign her appointment on September 14.

But it is not only Mrs. Adeosun who skipped the NYSC programme.
The Minister of Communications, Adebayo Shittu, also failed to participate in the scheme despite graduating from the then University of Ife (now Obafemi Awolowo University, OAU) at age 25.

His failure to make the scheme caused his party, the APC to disqualify him from its gubernatorial primary election. (Next Edition)