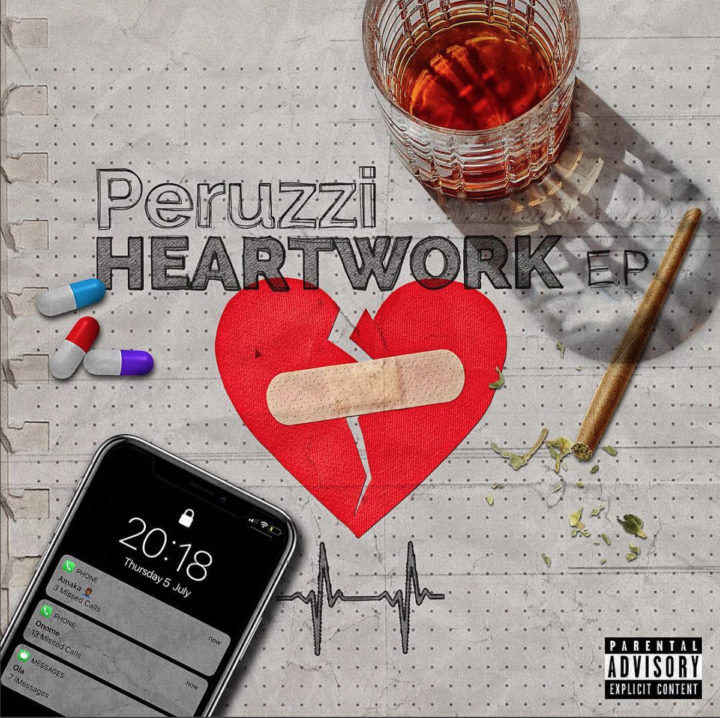 Davido Music Worldwide artiste, Peruzzi, is taking advantage of the vibe created by a video of him being kissed by a University of Lagos student while he was asleep.
Days after the singer was shown in a video being kissed by the 18 years old who has since been identified as Tobi Jacobs, the singer has released the artwork of his soon to be released album.

Titled ‘Heartwork’, the EP is slatted for released on Friday, December 21.  ‘Heartwork’ features heavyweights like Davido, Burna Boy and Popcaan.

Below is the artwork and tracklist: 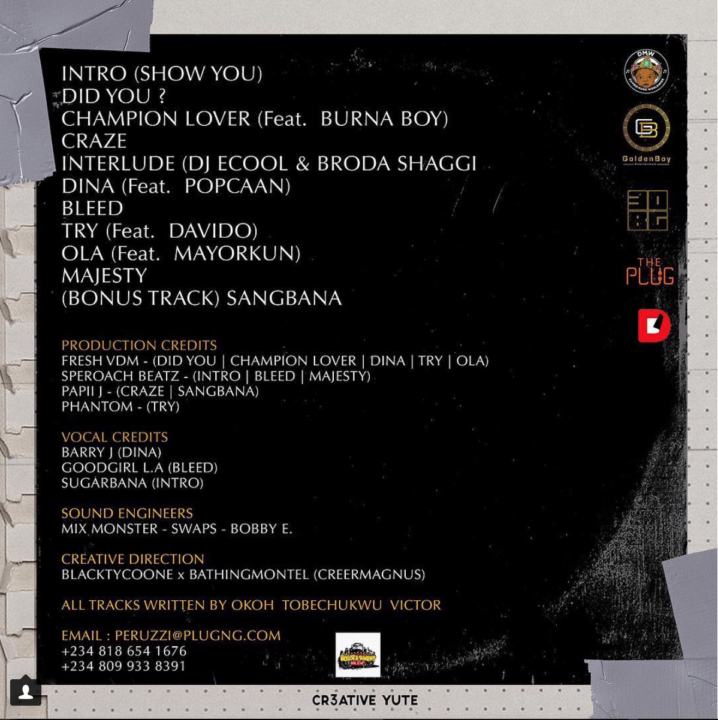 Related Topics:PeruzziRidding On Bad Publicity; Peruzzi Unveils Artworkslideshow
Up Next