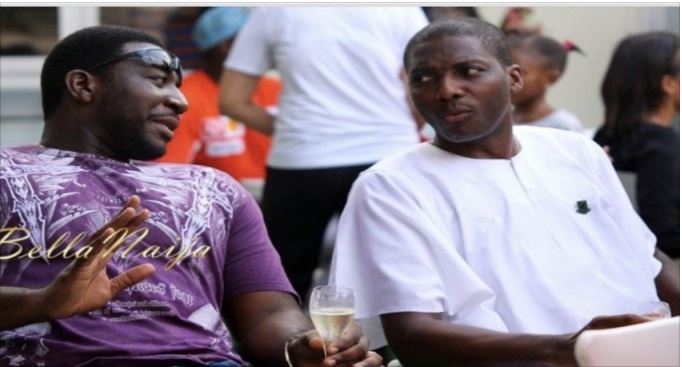 *Why He Embarks on Property Acquisition Drive

* His Untold Secrets and Stakes in the Business Sector

It is often said that youth is the season of credulity but, in his youth, Bunmi Ariyo reforms naiveté into the wisdom of the ancients. The former Personal Assistant to former Governor Akinwunmi Ambode understands that experience is the name foolish people give their mistakes hence, he set out to evade such mortal blunders very early in his life.

Yes, he understood quite early in life, that there are no little ways to imbue his life with grandeur. He understood that money matters in the mix, in his pursuit of ease and luxury. More importantly, he regarded money as the only sunbeams that lights his path to grandeur. Nothing is black where it shines. That is why his life is radiant with light.

While he served as PA, Bunmi worked very hard and saved very hard his hard-earned money. Today, he is reaping the fruit of his labour.

He understands that true wisdom emanates not from a moment’s eloquence or from any happily chosen word, but from the accumulation of a lifetime’s thoughts stored up in the eyes and given life in well thought out actions. Such priceless sagacity and proximity to power during Ambode’s administration became the fulcrum on which he rose to become one of the biggest collectors of properties in Lagos.

In his mid-40s, Bunmi parlayed his political influence into solid wealth and has been acquiring choice property in every available area across Lagos. Whether on Lagos Island or the mainland, Bunmi has parcels of land and sometimes, houses where they matter. Months back, he bought over a massive property in Opebi, Ikeja; a lot of properties in upscale GRA, Ikeja and recently bought a massive one on a major street in GRA from one of the Ogunlesi brothers (Fola, Lanre, and Kayode).

His property acquisition drives no doubt reveals his innate passion to succeed where several of his predecessors and colleagues failed. Don’t blame him, he understands that political office and power are temporary perks in the life of a man hence, his determination to acquire as much property as he can and prepare for life after office.

Until his appointment as Ambode’s man Friday, Bunmi had no socio-economic visibility. But with the appointment came a different level of prosperity as he became the unofficial powerbroker and favour dispenser before whom every contractor who had any business to do with the state, had to genuflect or bend double as the case may be in order to enjoy the governor’s good graces.

He brooked no disrespect or dissent from anyone no matter how highly placed. Sooner, the new billionaire had men worshipping him while ladies openly and dreamily gawked at him and wherever he went, the ground literally trembled. In spite of the fact that Ambode is out of government, Bunmi is still very liquid and he has not stopped his property acquisition spree.

Related Topics:Bunmi AriyoGovernor Akinwunmi AmbodeRich like sin! The Amazing Wealth and Guilty Pleasures of Ambode’s former PA
Up Next