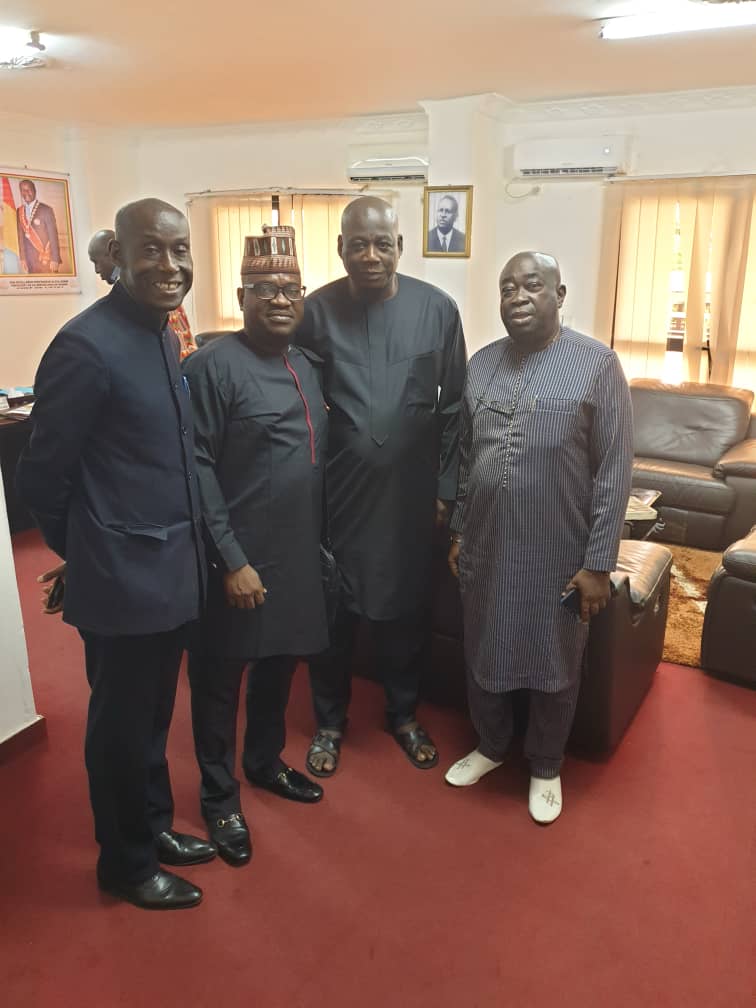 The officials of African Union Commission (AUC) and members of the International Committee of the All Africa Music Awards (AFRIMA) were hosted by the government and people of the Republic of Guinea during the African Union Stakeholders’ meeting held between Thursday, June 13 and Saturday, June 15, 2019 in Conakry, the capital city, to propagate the idea and objectives of AFRIMA in line with the AU Agenda 2063, Charter for African Cultural Renaissance and the Plan of Action on Cultural and Creative Industries.

The stakeholders’ meeting was in a bid to get the Charter for African Cultural Renaissance ratified among Pan African countries, alongside promoting the AFRIMA objectives and its programme of events for the 6th edition which commenced on May 10, 2019 and culminates in the main events in November 2019.

– A cross section of delegates during the Stakeholders’ meeting in Conakry

The Ministry of Tourism, Arts & Sports, Guinea, received the delegation of AU and AFRIMA officials on behalf of the government and on hand to meet the delegation were other stakeholders from the creative and arts industry including music professionals, music executives, members of cultural group association, members of Guinea Dance Troupe and the media.

The African Union and AFRIMA delegation included the Head of Culture, African Union, Ms. Angela Martins; the President/Executive Producer, AFRIMA, Mr. Mike Dada; Director General, African World Heritage Fund, Varissou Shuaib and Director of the Observatory of Cultural policies in Africa (OCPA), Professor Lupwishi Mbuyamba, who paid a visit to the National Museum in Conakry where they were treated to a display of Guinean’s rich culture and heritage, with artefacts and ancient musical instrument reflecting the cultural journey of the Guineans.

Speaking on behalf of the ministry, Monsieur Fodeba Isto Keira, the Secretary General/Permanent Secretary expressed happiness that the AU and AFRIMA visited the Republic of Guinea for the purpose of entrenching the values and opportunities in the culture and creative industry in Africa. He pledged the support of the government and people of Republic of Guinea to the AFRIMA initiative.

The team also paid a courtesy visit to the President of the National Assembly of the Republic of Guinea, His Excellency, Dr. Claus Kory Kondiano.

Addressing attendees and journalists, Mr. Dada enjoined participation of African music lovers in the ongoing entry submission for the 6th edition of AFRIMA, where eventual nominees compete in the 36 various categories to win the AFRIMA 23.9 carat gold-plated trophy. He also reiterated that entry submission of songs closes on August 2, 2019 to which some respondents pledged to uphold the AFRIMA objectives in accordance with the AU policy on Africa transformation through social integration, a mission embarked upon by AFRIMA since its first edition of the awards event in 2014.

The 6th edition is a four-day packed full of exhilarating activities scheduled to hold in November. AFRIMA, in partnership with the African Union, is a music property that recognises and rewards the work and talent of a myriad of African artists from the old to the new generation of musicians. Through its conference, AFRIMA also stimulates conversations among Africans and between Africa and the rest of the world about the potential of the creative arts for real humanising enterprise on the continent, contributing significantly to social cohesion, national, regional and continental integration as well as sustainable development in Africa. The award show is usually broadcast to over eighty countries around the world.

Music Is My Only Religion-Wizkid