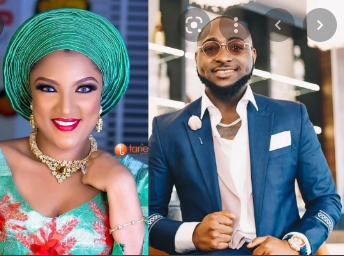 Popular television reality star, Gifty Powers, has revealed that there is no dad better than Davido.

The former Big Brother Naija housemate stated this in a post on social media, as she praised the singer for always being there for his kids.

Taking to her Instastories hours after Davido teamed with Chioma to throw their son, Ifeanyi, his second birthday party, Gifty wrote ;

“No matter what saga it is between him and his relationships, he’s always gonna be there for his kids, come rain and shine.

“And that I respect and love him.”

Yemi Alade Speaks On Finding Peace With After Dumping Friends