The Economic and Financial Crimes Commission (EFCC) and Independent Corrupt Practices and other related offences Commission (ICPC) have stated that the real estate sector is now used to launder illicit funds. 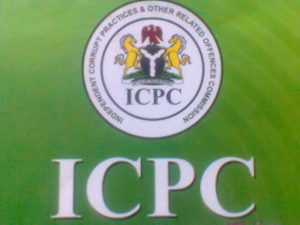 Speaking before a House of Representatives Ad-Hoc Committee investigating the activities of estate developers in the Federal Capital Territory (FCT) on Thursday, October 28, ICPC Chairman, Prof. Bolaji Owasanoye said a study they conducted between 2010 and 2011, revealed the sharp practices in the sector including massive corruption and injection of illicit funds.

Owasanoye who revealed that the agency has recovered 241 houses and 60 buildings from corrupt public officers through its investigation added that estate developers have a habit of selling allocated lands for mass housing in piecemeal to the highest bidders.

Chairman of EFCC, Mohammed Bawa who was represented by a director of the agency, Daniel Esei, alleged that developers are not complying with extant laws which aggravated the sharp practices in the sector.

He accused developers of breaking the law by allowing third parties to make payments or buy houses, short-changing the real subscribers.

The EFCC chairman noted that there is need for more stringent laws to allow the application of sanctions on developers who go against the law.