According to the Oyo state government, Yinka Ayefele’s Music House was demolished for the following faults.

The faults which were contained in a statement released by the Special Adviser, Physical Planning and Development Control to the state governor, Abiola Ajimobi, Tpl Waheed Gbadamosi, alleged the building occupied more land than was approved, had a radio mast which was not in the approval issued, toilets, also kitchen were built on the wall of the building and many others.

The statement also adds that the building approval was issued for a proposed office complex and not a Radio station. Read the statement and documents released below

1. 19th May, 2017, letters demanding for planning approval were sent to various institutions including UCH, Kola Daisi University, University of Ibadan and other institutions and organisatons.

2. 14th June 2017, request for approval was sent to Music House and 22 other radio stations in Oyo State.

3. 18th August 2017, Reminder Letter was sent Music House and the letter was received by Adebisi Akinkunmi.

5. November 27, 2017: another letter was sent to NBC complaining about Physical Planning Law and Regulations by the Radio station owners, developers and operators.

6. December 4, 2017: NBC responded that the issue is outside its mandate

7. 14th June 2018: an approved building plan was submitted and BPP& DC discovered that it was meant to be an office complex and not a radio station.

8. June 25th 2018: A joint visit was consequently carried out by the officials of the Bureau with Music House officials.

9. We discovered the following:

a. The building size measured 29.7 metres by 21.6 metres on ground as against the 11.925metres by 10.20metres in the approved survey plan/building plan as submitted by Music House. (Meaning that used up more land than was approved)

b. The building has encroached into the sight distance of the Y junction along Lagelu Estate.

c. Kitchen/canteen is attached to the wall fence

*All these were not in the approved plan*

11. Demolition notices were then sent when they failed to respond to the earlier request for the submission of AS – Built Plan for approval 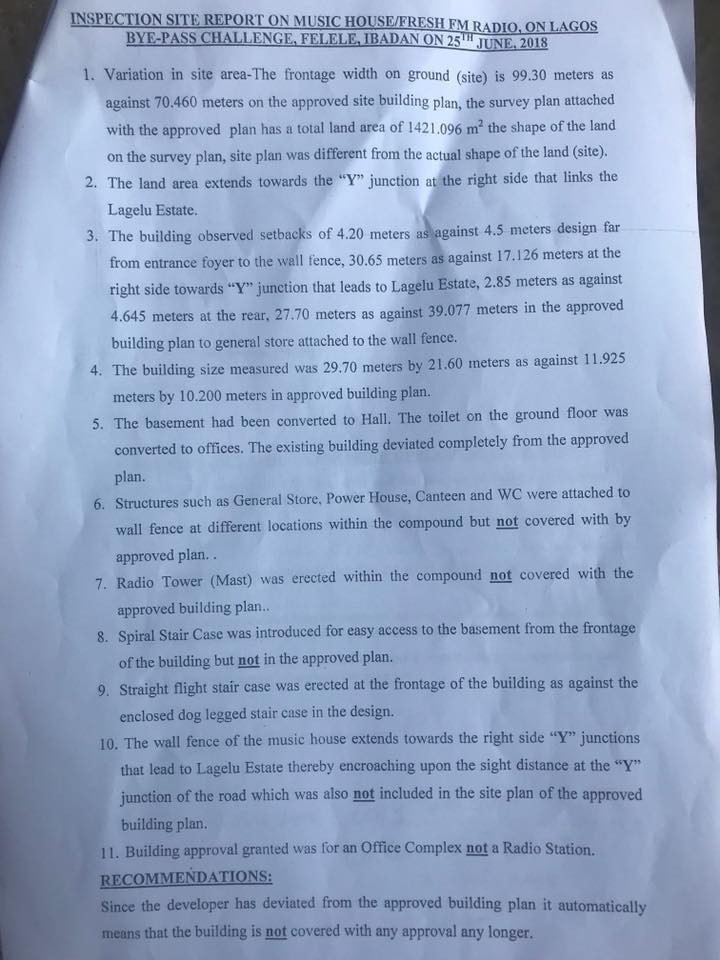 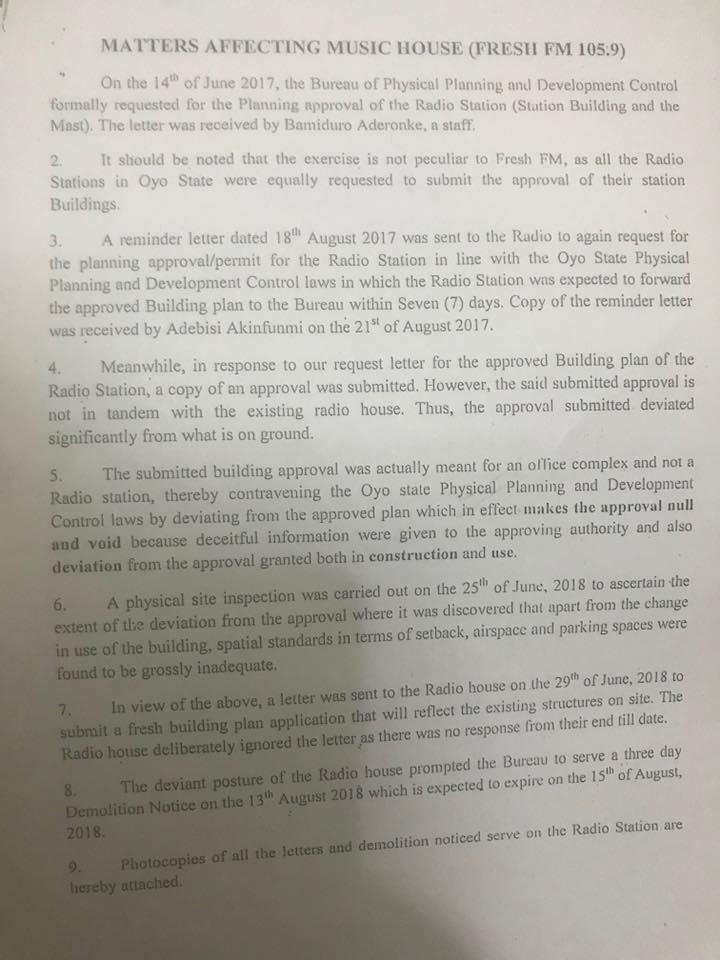 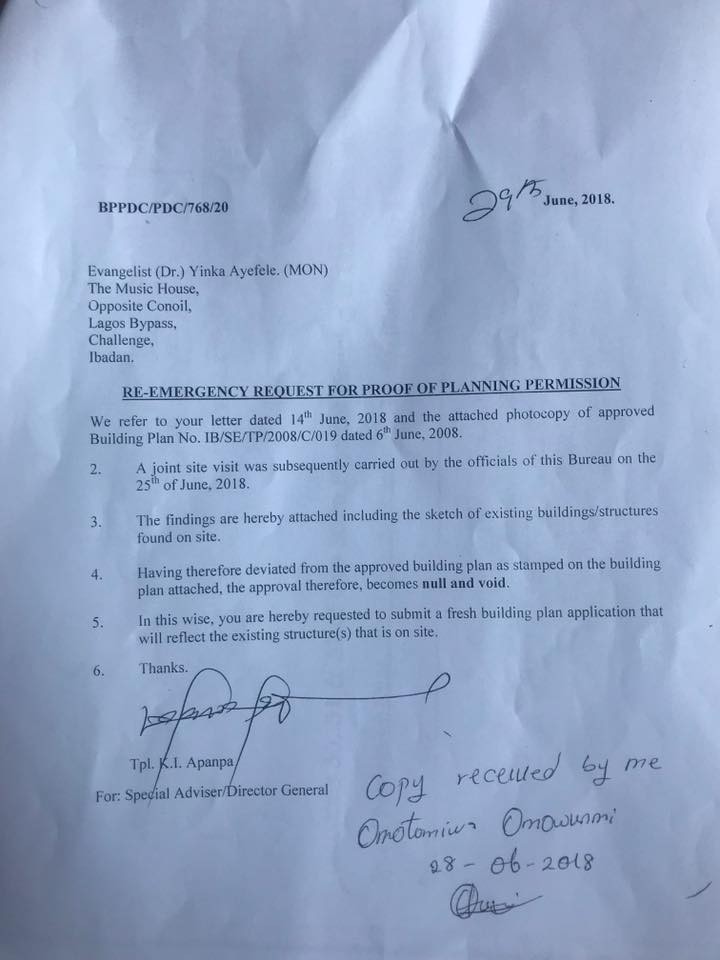 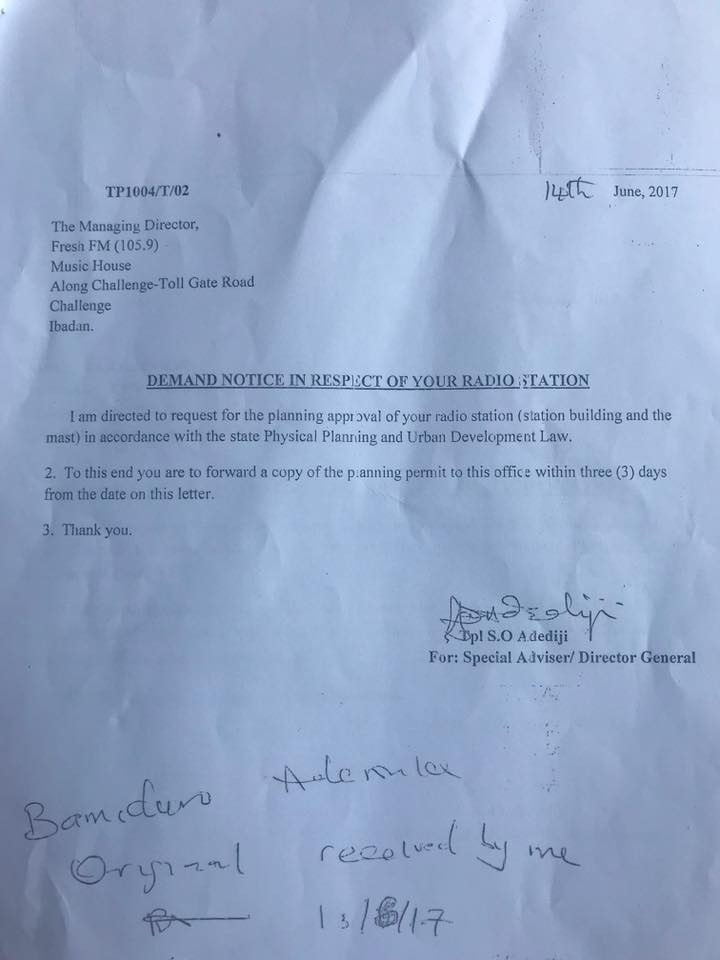 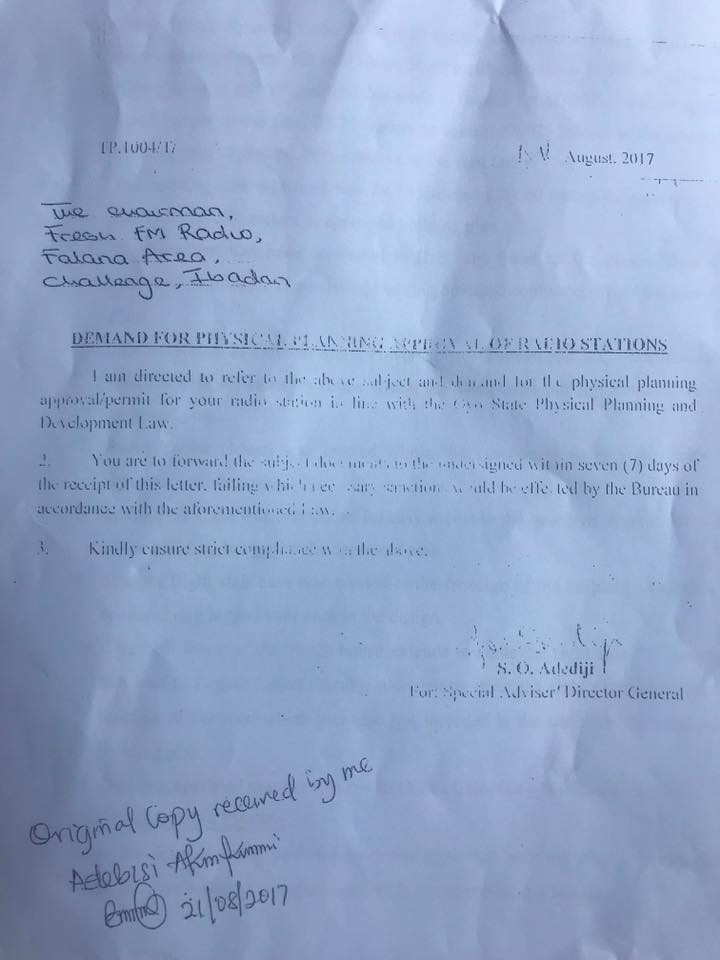 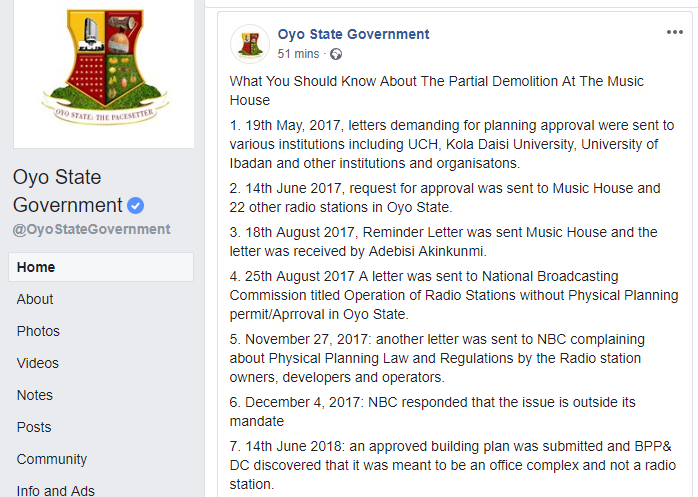